Each and every one of us has a private bucket list: a list of all the things we would like to achieve in a given amount of time. You may, for instance, want to try skydiving. Perhaps you would like to try a really expensive wine. You might even have a “saving a certain amount of money before the age of 30” type of thing going on on your bucket list. But we’re willing to bet that pretty much nobody has winning Olympic gold at the age of 13 on their bucket list. That just doesn’t make sense. 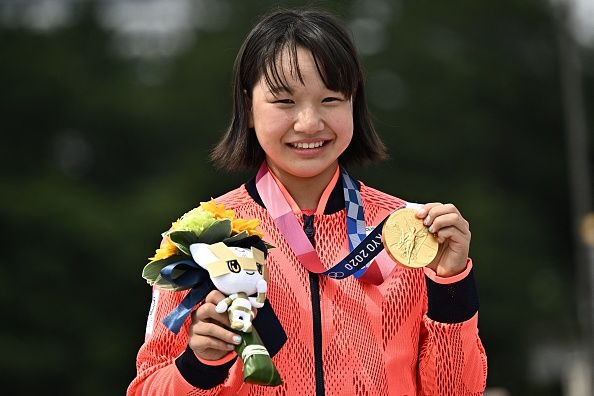 Well, making sense just isn’t what Momiji Nishiya does. At only 13-years-old, Nishiya somehow managed to snag the Olympic title in women’s street skateboarding. This extraordinary feat makes Nishiya the country’s youngest gold medal winner. Truth be told, we can’t see that record being broken any time soon. The young champion shed tears the second she nailed her final trick. On the Olympic podium, she stood with two other female athletes aged 13 and 16. She had this to say, “I welled up in tears because I was beyond happy.”

Despite her incredible performance, Nishiya states that she felt “stressed out” after initially stumbling and missing crucial landings on two of her first tricks. There’s nothing surprising about this – it is, after all, the Olympics, the largest stage of them all when it comes to athletic ability, and nerves are bound to play some sort of role in an athlete’s performance. But what is truly impressive about Nishiya’s performance was that she bounced right back, completely nailing her final three tricks, which landed her total score just above Leal, the Brazilian skateboarding prodigy.