A CURIOUS Mouse In Canada Was Caught Nibbling Cannabis Leaves
By admin - October 5, 2020

In Canada, a curious mouse ate cannabis leaves, then rested on a back and fainted.

Colin Sullivan – who is from the Canadian province of New Brunswick, where cannabis is legal – said he noticed a small rodent the previous week when he was gnawing on the leaves of his plant for two days in a row.

The photos show that after eating cannabis leaves, the rodent lies in the middle of a pile of leaves and is in a comatose state.

Colin decided to put the animal in a cage, where he launched a “12-step program” (a substance abuse program) to keep the mouse away from the plant long enough for it to thrive.

Six days later, Colin returned the mouse to the wild.

“It’s been two days in a row since I caught this little smoker – he takes leaves from my plant and eats them until they hang out. The piece has no ears, so it may have been a way of self-healing from PTSD, but I think it’s time to intervene.” 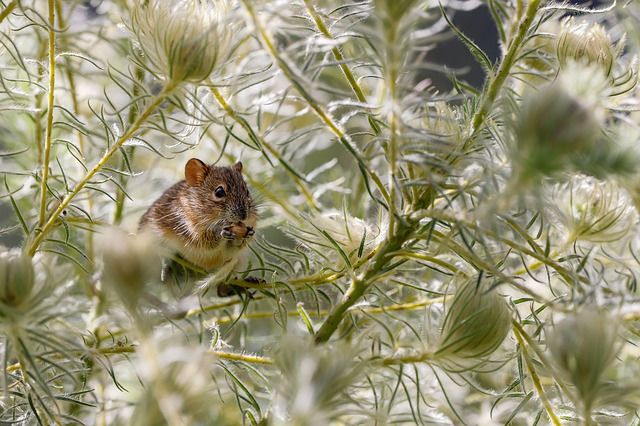 “As soon as he wakes up, I will talk seriously,” Colin added jokingly.

Two days later, Colin wrote about this story again and added a picture of a mouse in a cage to the post:

“Our cannabis-loving friend had some difficult days, but despite the stomach ache and a great desire to eat, he will recover to the end. I got used to one leaf a day and he gets used to the situation well. Step by step, my friend, step by step.”

“After a long and desperate battle with addiction, this little mouse has won, gathered the seeds and stems, and is ready to go. I opened the cage door, but the mouse freed itself. Goodbye, friend, see you next time.”