TikTok star Addison Rae will be releasing her own fragrance line, adding to her ever-growing beauty brand. Addison are may have gotten her claim to fame from her TikTok dances, but she has proven over the course of the last year that she is a multifaceted woman. She has starred in her own Netflix movie, released new music, created her beauty brand, Item Beauty, and will be releasing a Snapchat original series. The 21-year-old star announced her new fragrance line, Addison Rae Fragrance on her Instagram recently. The clean line of fragrances will be available to purchase at the beginning of November via TikTok and Instagram. She collaborated with Hampton Beauty to release scents that connect to consumers’ moods. Think mood rings, but in a perfume bottle. The ARF collection will be releasing three water-based scents titled Chill AF, Happy AF, and Hyped AF. According to WWD Beauty, her fragrances are cruelty-free, alcohol-free, long-lasting,  and made from upcycled materials. 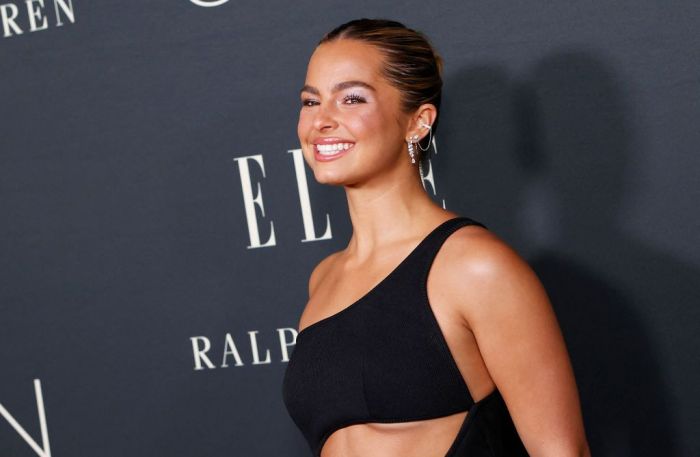 Lori Mariano, the managing partner of Hampton beauty explained how the fragrances were made by using neuroscience technology and explained, “The ingredients were put in front of respondents, and they read the reaction to the scent, and it affects the part of the brain that has to do with emotion. If the calming part of the brain was affected, those ingredients became [Chill AF]. It’s completely science-based. We thought it was such a fun and new way to approach fragrance.” In addition to this science base technology, the shape of the bottle is unique as well. The bottles feature a rounded shape and reflect glowing orbs of auras. Even cooler, once touched, the color on the bottle changes to reflect your mood based on the temperature.

Mariano said that Rae’s fragrance is a totally new concept to the perfume world. She explained that Rae “wanted to bring something different to the market. She wanted not only for her audience and fans to smell good, she wanted them to feel good. Her whole concept was how do we take fragrance to a different approach? The Gen Z audience wants you to do something a little different than the norm. This answers that question for them. We gave Addison a platform to approach fragrance from a different angle. Rae told WWD, “It’s like a mood ring. It’s something that’s never been seen before.” The 30-mL fragrance is being sold for $40 and you can sign up for early access on her fragrance website, addiosnraefragrance.com