Adele May Have Confirmed Her New Album Release Is On The Way
By Alexandra Wade - October 7, 2021

There has been a lot of speculation lately regarding a potential new music release from Adele. This would be brand new music from the singer-songwriter since 2015. The speculation come after she changed the pictures on her social media platforms to a blue background. This blue backdrop can be seen on her Facebook, Instagram, and YouTube accounts. Before this mysterious change of picture, billboards in major cities all around the world could be found with the number “30” written on them. Some of the billboards were placed on well-known landmarks, such as the Louvre, the Colosseum, as well as the Empire State Building. This sparked fans’ attention, for it follows the number patterns of her previous album releases, and they quickly connected it to possible new work of hers. Each one of Adele’s albums has been titled as the age she was when she started working on them, which was 19 in 2008, 21 in 2011, and 25 in 2015. 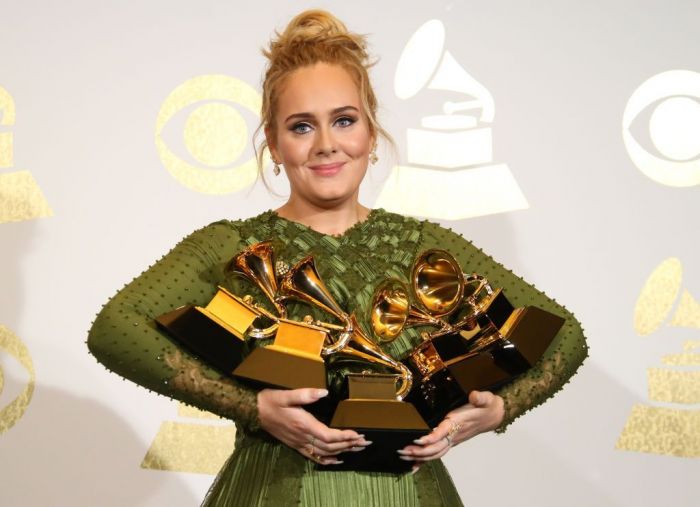 Another thing that peaked fans interest was the fact that her website was completely deleted of all details and what remains is a link for fans to sign up for more information. A few years ago, Adele joked about releasing a new album called “30” when she posted an Instagram post celebrating her 31st birthday. In that post, she wrote, “30 tried me so hard but I’m owning it and trying my hardest to lean into it all. No matter how long we’re here for life is constant and complicated at times. I’ve changed drastically in the last couple of years and I’m still changing and that’s okay.” Adele had said she was ready to retire from music and focus on her family life. But she has since separated from her ex-husband, Simon Konecki when she was 30 and since then kept a low profile.

She did, however, host Saturday Night Live last year. During her monologue, she may have hinted at new music where she said, “I know there’s been a lot of chatter about me just being the host. Like, ‘Why isn’t she the musical guest?’ and stuff like that. And there’s a couple of reasons. My album’s not finished, and I’m also too scared to do both. I’d rather just put on some wigs, have a glass of wine or six and just see what happens.” Her last album, 25, also had a secretive and mysterious marketing campaign. It went on to sell over 3.5 million copies just in the UK, and broke record sales in the U.S. Fraser T Smith, the co-writer of Adele’s hit song, ‘Set Fire To The Rain,’ told BBC, “Adele is incredibly secretive, and I think that that’s the way you want it – building that suspense. But whatever it’s going to be, it will be of the highest standard.”