Newcastle’s record signing, Alexander Isak, is anticipated to be announced on Friday. The Premier League team made a £60 million deal to Real Sociedad, and the 22-year-old Swedish striker accepted the offer. He landed in the northeast on Thursday to complete a medical. The agreement will surpass the £42 million Newcastle paid to Lyon for Bruno Guimaraes in January. By Friday at noon, Newcastle hopes to get Isak officially registered as a player, allowing him to play against Wolves on Sunday. 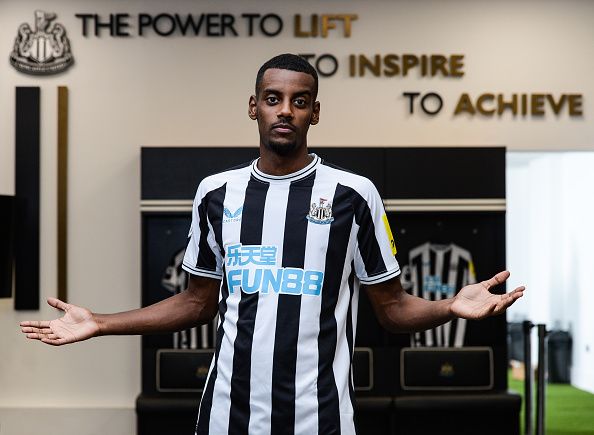 Top European teams have been keeping an eye on Isak, who has 44 goals in 132 appearances for La Real, for some time now, with Arsenal previously being mentioned. Isak has nine goals in 37 appearances and received acclaim on a global scale for his achievements for Sweden at Euro 2020 last year. The striker, who had previously played for AIK in his birthplace before moving to Borussia Dortmund at the age of 17, struggled to make an impact until finding his form while on loan at Willem II in the Netherlands. Later, Isak joined Real Sociedad, where he helped the side become a consistent force in European football. Real Sociedad also won the 2020 Copa del Rey, with Isak leading the way with seven goals.

The acquisition is a significant boost for Newcastle, who have been looking for a young forward option all summer. A £30 million deal for Watford’s Joao Pedro looked to be in the cards, but it has already fallen through. The team has now opted for a more established alternative to bolster their firepower. With Chris Wood unable to impress since joining from Burnley in the winter, Eddie Howe’s only viable option as a no.9 has been Callum Wilson, but a hamstring issue has forced the England forward to withdraw. Isak will become Newcastle’s fourth acquisition of the summer, following goalkeeper Nick Pope and defenders Sven Botman and Matt Targett.