Anya Taylor-Joy is a woman of many talents. Dior, the French fashion house has just named the actress as their new global brand ambassador. She recently became a fan favorite after playing Beth Harmon in Netflix’s hit show, The Queen’s Gambit. She will take on the role of ambassador for women’s fashion, as well as makeup, and the project will be overseen by Maria Grazia Chiuri and Peter Philips. Anya Talor-Joy is not new to the fashion world. She was spotted at the Golden Globes wearing an extravagant emerald green dress designed by Chiuri. But that was only the start. At the Dior Cruise 2022 in Athens, she wore a Grecian goddess gown. At the 2021 Emmy’s she adorned a canary yellow shawl. Her most recent look was at the Venice Film Festival where she wore a bright pink gown where she promoted her latest film, Last Night In Soho. 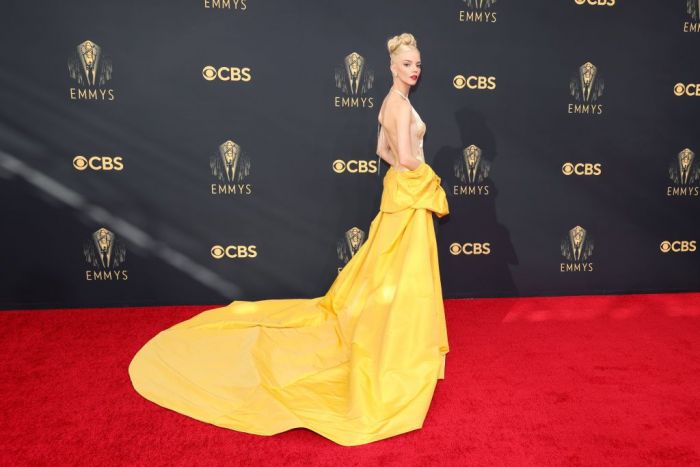 These were some of her most jaw-dropping looks to date, so with her new role, we can expect some more breathtaking looks to follow. In addition to Anya, Dior recently made the announcement that 18-year-old British champion, Emma Raducanu, would become their latest brand ambassador. Anya has been working with stylist Law Roach, who has worked with big names in the industry, such as Zendaya and Tom Holland. Roach and Anya have teamed up on many Dior looks together. Dior wrote in a statement saying, “Anya will partner with the brand, celebrating the iconic heritage of Dior, and showcasing the designs and creations of women’s creative director, Maria Grazia Chiuri and creative and image director of makeup, Peter Philips.”

This is a brand new role for Anya and we know she’ll do it justice. When sharing the news with fans on Instagram, the fashion house wrote, “Dior is delighted to announce Anya Taylor-Joy as new global ambassador for fashion and make-up. Seen wearing several house creations in recent months, for the 26th Critics’ Choice Awards she epitomised modern elegance in a draped and macramé-detailed tulle gown from the Dior couture spring/summer 2020 collection by Maria Grazia Chiuri.” This seems to be Anya’s breakthrough year, after parenting with Tiffany & Co and keeping busy with upcoming films. It’s evident that Anya shines both on and off the screen, and this luxury contract proves just that.