The 1960s laid the foundation for one of the most significant events in human history: Man first set foot on the moon. It happened during the space race between the Soviet Union and the United States and even became a kind of culmination of it.

For the first time, humans were launched to the moon as part of NASA’s Apollo mission, which lasted several years. Unfortunately, humans have not been able to set foot on the moon since then, but NASA has decided to solve this problem and the idea of ​​a new, Artemis program has emerged. Artemis is a very ambitious plan for the agency – the first mission is planned for 2023 or 2024. Of course, preparations for the mission are already underway, which is why we decided to compare a certain segment of these two programs and present the pros and cons of each of them.

This time we compared mission ships. Three major ships were used during the Apollo mission, and three are used during Artemis: the launch module, the moon landing module, and the command module. The launch module is, of course, a rocket that sends the other rest into orbit. The landing module even runs directly to the moon. 200 kg of rocket is required for each kilogram of mass sent to the lunar surface, therefore, the landing module should be as light as possible.

As it is known, the permissible module does not have to pass through the Earth’s atmosphere by itself, which is why it is possible that it is minimally equipped. For example, he may even have flexed legs that are so weak that he could not support the weight of the module on the ground. They are only designed for the lunar gravity of the moon.

The disposal module is designed directly for astronauts, they spend most of the mission inside it, although it plays the most important role in takeoff and entry into the atmosphere. The disposal module has to withstand atmospheric flight, especially return, which is really a very difficult process. That is why the module is covered with a high temperature protective shield. 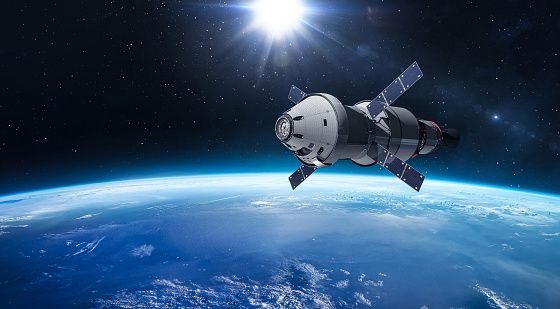 As for the missiles. It is known that SLS missiles will be used during the Artemis mission. At the time of Apollo, the module was launched with a Saturn V rocket. Up to the Earth’s small orbit, the volume of SLS was 95 tons, while the volume of Saturn V was 140 tons.

It should be noted that there is also a second 1B version of the SLS, which will be used in future missions. However, in the 1B version, the volume has not changed and it will have a stronger upper phase, which improves the implementation of the orbital maneuver and is used to position the spacecraft to the approaching moon.

The different modules of these two programs are quite different from each other. Finally, to say which of them was better, we need to wait for Artemis to accomplish her mission.

Of course, in addition to ships, programs have many other aspects that we can compare, be it security or computer systems, launch and access locations, trajectories, and so on. I will tell you about them in the near future.

Implementing the Artemis program is very important. A similar mission is a prerequisite for building a base on the moon. It also determines how fast we will be able to reach Mars, as the testing of numerous technologies to be used during Mars missions is planned right on the moon.