The Ballon d’Or is football’s most prestigious individual trophy. Only the crème de la crème of the game are considered worthy of the chance of holding the trophy and going down in history as football’s greatest. For the past two decades, the trophy has gone to either Cristiano Ronaldo or Lionel Messi. We’ve seen their domination first hand, but as the two greats approach the end of their brilliant careers, the road to the Ballon d’Or is up for grabs. 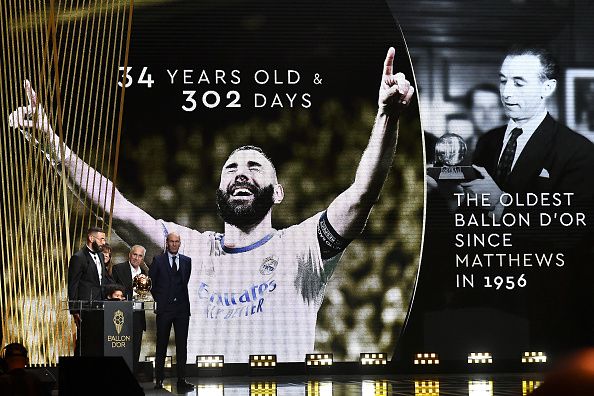 Karim Benzema, the consistent French striker won his first Ballon d’Or this week. It was an emotional affair as Benzema spoke about how his career with the national team was strenuous for him and his family, but getting out of this rut was all he worked on. Karim, the oldest living winner of the award, former Real Madrid manager Zidane and long-time teammate Ronaldo his motivations. He scored 44 goals this season for the club in only 46 games. Benzema proved to be monumental in Real Madrid’s Champions League campaign, contributing in staggering comebacks versus both Manchester City and Chelsea. Patience, resilience and determination is what kept Karim going as all the limelight often went to his other teammates. However, this year is his, as he’s the undisputed king of football at the moment.

Barcelona youngster and prodigious midfielder, Gavi took home the Kopa Trophy, an award for the best young player. Former Liverpool striker Sadio Mane finished second in the race, with Kevin de Bruyne taking the third spot. The Socrates award went to its deserved winner Mane as a recognition for the commendable work he did for his community. The best goalkeeper award went to Real Madrid’s Thibaut Cortuois, who sparked a bit of controversy over the award’s selection criteria. Premier League defenders Manchester City won the Club of the Year award ahead of favorites Real Madird, a shocking decision according to many!