Best Shows Ever Seen on Broadway
By Ariella Jacobs - November 23, 2022

Broadway musicals have been around for a long time, and they each have their own set of characters, stories, and songs. Some are modern, while others date back to the beginning of the 20th century. The best of these shows are not only entertaining but have become part of American history and culture. We’ve taken the time to compile a list of Broadway’s best shows ever – sure to entertain anyone who loves live theatre! These are the shows that you know and love, and there’s something here for everyone. 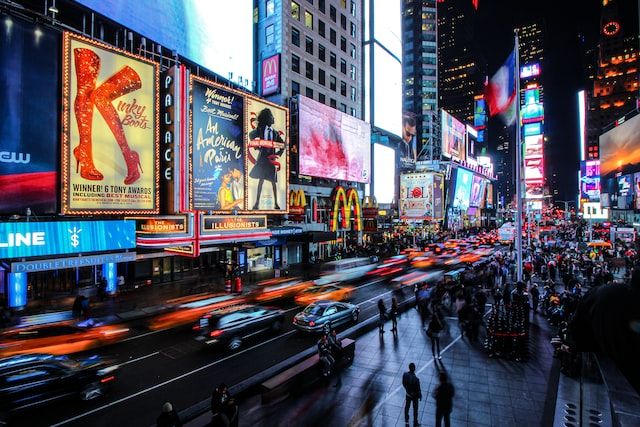 We can’t talk about Broadway without talking about the classic The Phantom of the Opera. The Phantom of the Opera has become one of the most popular musicals of all time, winning more Tonys than any other show. While it may be controversial, For those who like their musicals loud and melodramatic, no other Broadway Show matches The Phantom’s operatic excesses. However, if that is not your style you may want to check out The Lion King. The Lion King is a timeless classic that tells a story of bravery, passion, adventure, and most of all it’s fun. The Lion King offers an amazing soundtrack that many people still enjoy today and includes songs written by Elton John and Tim Rice.

Wicked is one of the top-grossing musicals of all time and is one of the most beloved musicals and one that has introduced millions of people to the timeless world of Oz. The iconic music, stars, and story have made this musical an instant classic and it’s redone each year right around Halloween! People just can’t get enough. Then we of course have to mention Hamilton. Hamilton is a Broadway musical about the life and legacy of founding father Alexander Hamilton. It tells the story of our nation’s beloved first Treasury Secretary and America’s first financial genius, who believed in democracy, equality, and opportunity for all—not to mention a damn good beat. All that stuff is pretty cool. An album of original music from Lin-Manuel Miranda, who’s a big deal in this century, is just as awesome. Who wouldn’t want to see it? Taking time out of your day to watch any of these shows would be well worth it.