Casemiro’s brilliant stay in Spain came to an end on Friday as Manchester United and Real Madrid agreed to terms for the Brazilian midfielder to join the struggling English powerhouse. Although Spanish media reported that the 30-year-old Brazilian’s transfer was valued roughly €70 million ($70 million) plus variables, neither club disclosed the transaction’s financial terms. The transfer, according to United, is contingent on meeting personal conditions, UK immigration requirements, and a physical. Since the beginning of the transfer window, United, which has dropped its first two Premier League games, has been searching for a central midfielder. 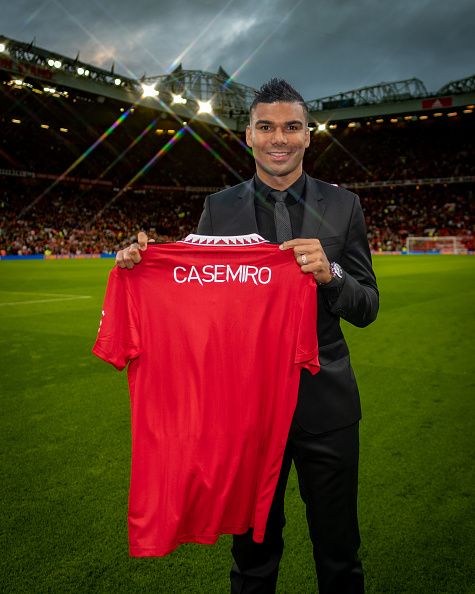 Erik ten Hag, the struggling United boss, could benefit from the addition of Casemiro after trying in vain to put Christian Eriksen in a deeper-lying midfield position in last weekend’s 4-0 loss at Brentford. Casemiro was praised by Madrid and referred to as a club great. Since joining Madrid in 2013, he has assisted the club in winning 18 championships, including five Champions League and three Spanish leagues. The team’s training facility will host a ceremony on Monday to commemorate Casemiro, according to the club. Casemiro was in discussions for a move, according to prior comments made by Madrid coach Carlo Ancelotti, and a deal was close to being finalized.

Casemiro, a 30-year-old holding midfielder who has played for Madrid since 2013, is recognized as one of the finest in the world. Casemiro has been a key component of Madrid’s world-class midfield in recent years, along with Toni Kroos and Luka Modric. In addition to many other awards, Casemiro assisted the team in winning three Spanish leagues and five Champions League championships. He has played for Brazil’s national team in more than 60 games and will compete in the World Cup in Qatar. He contributed to Brazil’s 2019 Copa América victory. Casemiro will join former teammates Raphael Varane and Cristiano Ronaldo at United, however the Portugal striker’s future at the English club is still in question.