Cristiano Ronaldo is Having Twins
By Orly Geduld - March 5, 2022

Regardless of whether you are a soccer fan or not, you must have heard of Cristiano Ronaldo. Not only is he a soccer superstar but he is also one of the most followed men on Instagram. With that said, fans have front-row seats to his life. This includes finding out that he and his long-time girlfriend are expecting twins. When the news dropped fans went wild. Talk about a great way to start the new year. Here’s the inside scoop. 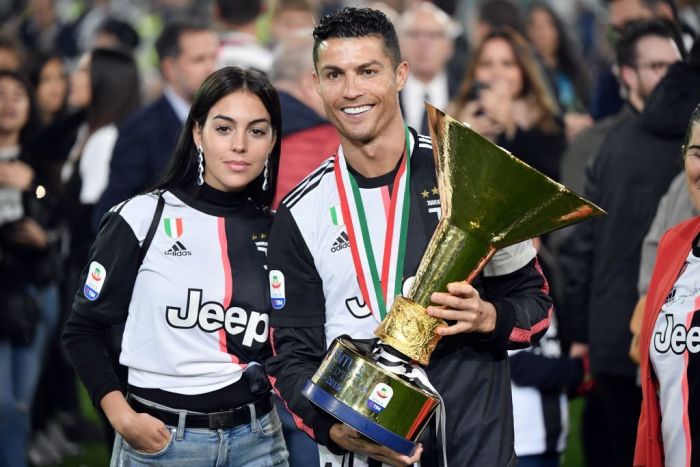 Cristiano and his girlfriend Georgina took to Instagram to not only announce that they were expanding their family but that they were having twins. The post got over 32 million likes and millions of comments from fans congratulating the happy couple. Now the news that the couple is expecting didn’t really come as a surprise. This is because Cristiano always talks about how much he wants a big family. As of now, the couple has 4 beautiful kids. The soccer superstar has his first son in 2010, during the World Cup. Cristiano Ronaldo Jr is said to be a spitting image of his father.

It is important to note that Cristiano Jr was born via surrogate and was raised by his father and family members. Next, he met his girlfriend Georgina while shopping at a store she worked at in 2017. Soon after the couple met they had their first set of twins. This would be Eva Maria Dos Santos and Mateo Ronaldo who was born in June 2017. Within a few short months, the couple then welcomed their baby girl, Alana Martina dos Santos Aveiro in November 2017. It is safe to say that the couple will definitely have their hands full raising a whopping 6 kids. But hay, we are here for it and definitely can’t wait for Christiano to propose.