There is surprising news yet again for the F1 fans. The Formula 1 team has announced that Daniel Ricciardo will leave McLaren at the finish of the current season. His contract, which was slated to expire after the 2023 season, was terminated by agreement between the driver and team, according to both parties. The 33-year-old Australian did not get the results he had hoped for after switching from Renault to the British racing team before the 2021 season. 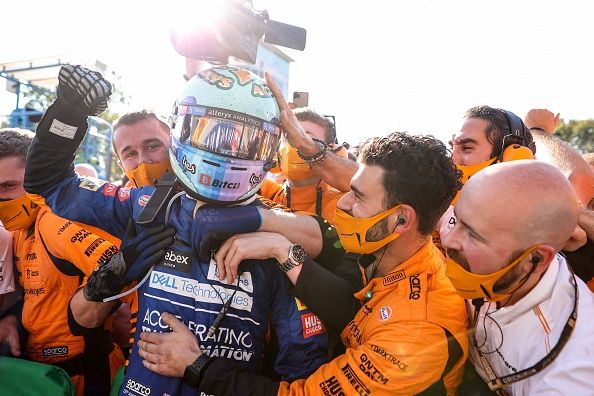 After 13 races this season, Ricciardo has finished in the top 10 just four times and is now ranked 12th. According to a statement from the team, “McLaren Racing and Daniel Ricciardo have mutually agreed that Daniel will depart the team at the conclusion of the 2022 season.” The vacant position at McLaren’s Woking headquarters has been connected to Formula 2 winner Oscar Piastri.

Since Haas has also reportedly approached Ricciardo, his return to Oxford could not be simple. Kevin Magnussen is under contract through 2023 for the erstwhile backmarkers who are now consistent points-finishers, although Mick Schumacher’s contract expires this year. When questioned about Schumacher’s future with the American team, team president Guenther Steiner has frequently refused to comment; however, it appears that Steiner wants Ricciardo to replace Schumacher.

“I have no regrets and am pleased with the effort and work I provided McLaren, especially the triumph in Monza last season. I’ll be revealing my own future intentions in due course, but regardless of what this new chapter brings, I have no regrets. As we enjoy the remaining races of the season together”, Ricciardo said, “I’ve loved working with everyone at McLaren both trackside and back in Woking. I’ll be giving it all on and off the track.” In due course, according to McLaren, the team will announce its driver lineup for the 2023 season.