Following Liverpool’s success over Manchester United to get the Uruguayan international, Benfica forward Darwin Nunez has officially signed with the Premier League club. The 22-year-old has now been declared as the latest offensive addition at Anfield as Jurgen Klopp continues to rebuild in forwarding areas following the additions of Luis Diaz and Fabio Carvalho in the previous six months. Benfica confirmed the transfer. Nunez will probably be needed to replace the vacuum that Sadio Mane, who is anticipated to leave the team this summer, may leave behind. 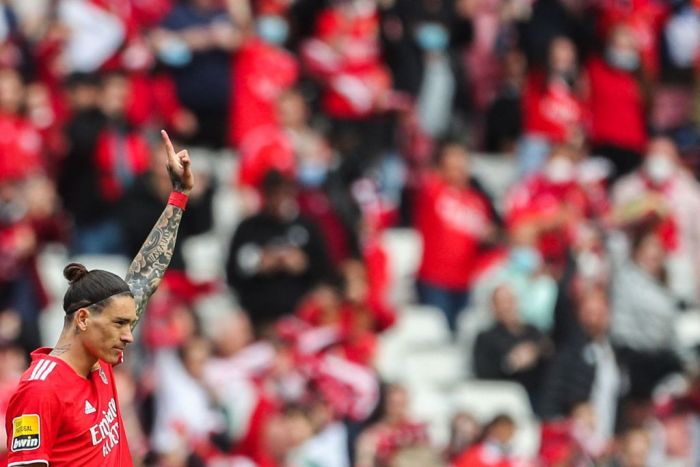 In order to sign Nunez, Liverpool will pay Benfica £64 million upfront and may pay a further £21 million in add-ons. The add-ons vary from scoring goals to winning the Champions League; if Nunez plays consistently, Benfica will probably receive at least £75 million from Liverpool. Nunez has committed to Liverpool for six years, keeping him there through 2028. Due to the fact that several of Klopp’s main attackers have contracts that will expire at the conclusion of the 2022–23 season, his contract stands out as a substantial long-term investment for his team. Moreover, Nunez is set to rock the 27-number shirt at his new club.

Nunez established himself as a productive attacker both in Portugal’s top division and in the Champions League last season after rising through the ranks at Uruguayan giants Penarol before shining for Almeria in the Spanish second level. Nunez is a shift from the traditional multi-positional attackers that Liverpool has always preferred, but his talent has persuaded Klopp and his coaching staff to alter the roster to better suit their new acquisition. Nunez said: “It’s a joy to be here in Liverpool, and I’m extremely glad to be a part of this fantastic club,” in a statement to his new team. Nunez’s ability to replicate his Benfica performance at Anfield will be crucial to the development of Klopp’s second great team. For the Reds, Nunez will be expected to play in the midfield, with Diaz and Salah positioned on either side of him in Klopp’s starting lineup.