Dune Will Release in India and HBO Max
By Andrew Parker - October 23, 2021

The American science fiction film, Dune, is soon to release this week in India as well as HBO Max in the United States. The celebrity-filled film is directed by Oscar-nominate French-Canadian director Denis Villeneuve. The film is about a young nobleman named Paul Atreides and his family who are forced into war for the desert planet of Arrakis, which holds the world’s most valuable item, ‘spice.’ Dune is only one part of the two-part adaption of the sci-fi novel published in 1965 by Frank Herbert. So far, Dune has received many positive reviews and the cast includes stars like Timothee Chalamet, Zendaya, Jason Momoa, Oscar Issac, Rebecca Ferguson, Josh Brolin, and Javier Bardem. Filming happened in several places, such as Budapest, Jordan, Norway, and Abu Dhabi. 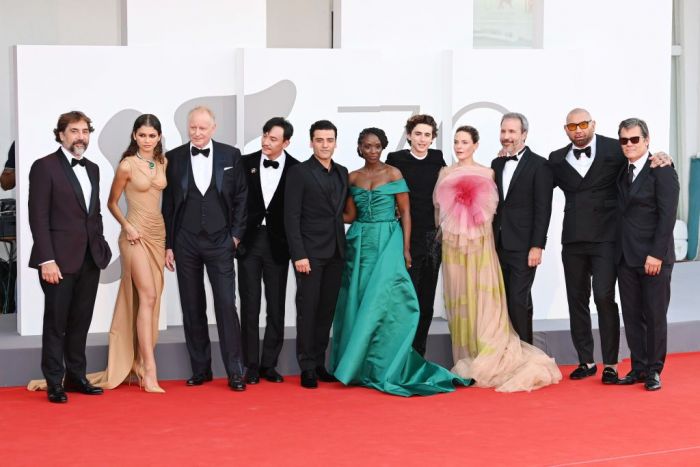 The first premiere of the film was at the 78th Venice International Film Festival on September 3rd. Afterwards, it was released in several locations such as Austria, Belgium, Switzerland and France on September 15th. During the last half of Spetmber, it was released in Russia, Spain, and the UAE. The film’s release in India and the US is set for October 22nd, and will also be available on HBO Max. Those in Australia, however, must wait until December 2nd. Timothee Chalamet plays Paul Atreides, Rebecca Ferguson plays Lady Jessica, Oscar Isaac plays Duke Leto Atreides, and Zendaya plays Chani. Director Denis Villeneuve has movies like Arrival, Sicario, and Blade Runner 2049. In addition, one of the three writers of the screenplay is five-time Oscar nominee Eric Roth. Roth said in a statement, “[Working on Dune] was wonderful. I’d done some work for Denis on Arrival and we became kind of a little bit of soulmates. And so when Dune came along, he asked me if I would approach it. And I did.”

So far, Dune has acquired $129 million after its international release. Dune’s last trailer was released earlier this month and teases the second part of Dune, where Zendaya’s character says, “This is only the beginning.” Dune Part One focuses on Paul Atreides as the protagonist, but Dune Part Two has Chani taking over as the protagonist. Villeneuve said, “When I did the casting for Chani’s character, I met a lot of actresses. Zendaya wanted to audition and today, after shooting the film and seeing what a wonderful actress she is, I’m sorry I auditioned her…I can’t wait to shoot the second part of Dune to get them back together. Knowing that in the next chapter, Zendaya will be the protagonist of the story.” Warner Bros. Pictures is yet to give the green go to Dune 2.