Sculpture is an incredibly delicate art, allowing you to view pieces from all angles. Carving initially originated in the ancient Mediterranean civilizations but flourished during the reign of the Roman emperor Constantine in AD 306. Over time, sculptors shifted from spiritual creations to developing human bodies in stone, metal, and marble. Here is a roundup of some of the all-time famous sculptures, holding significance in one form or another. 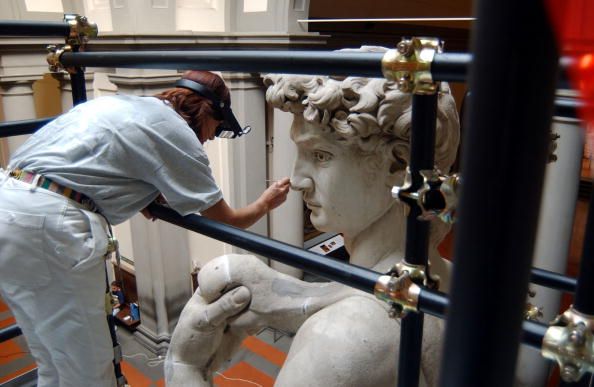 The David
It wouldn’t be a complete list without putting the David right at the top. In 1501, the state of Florence commissioned the renowned Italian sculptor Michelangelo to decorate the cathedral dome with a statue. But it turned out to be so stunning it was placed next to the entrance of the Palazzo Vecchio, the local town hall. The David was crafted in marble, most likely celebrating the Biblical hero poised in deep thought. It was embraced by the Florentine public as a symbol of the city’s resistance against foreign powers. In 1873, the iconic sculpture was shifted to the Accademia Gallery, with a replica constructed in its original location.

Venus de Milo
This statue was presented to King Louis XVIII of France who donated it to the famed Louvre Museum, where it is displayed to this day. Also termed as the Aphrodite of Milos, this sculpture symbolizes Aphrodite, Greek goddess of love and beauty. It is believed to be created by Alexandros of Antioch during the Hellenistic period. The piece depicts a female body sculpted in two parts, with missing arms. It has been often referenced in popular culture and impacted multiple artists such as Salvador Deli.

The Great Sphinx
This mythological creature is an instantly recognizable statue. Towering in the vast Giza plateau in Egypt, the Great Sphinx was carved out of limestone during king Khafre’s reign. Some historians claim the sculpture is much older than the 4th Dynasty date claimed by Egyptologists. Regardless, it is an awe-inspiring sculpture, which was the largest in the world for centuries. Coupling the body of a lion and the face of a man, it spans 240 feet long and 66 feet high.