Gal Gadot Launches Her Own Mac And Cheese
By Penelope Trent - December 10, 2021

Wonder Woman has come out with her very own brand of mac ‘n’ cheese, Goodles. She teased the news to her 67 million Instagram followers of her healthier version of the traditional noodles. Goodles is under the parent company, Gooder Foods Inc., and it’s the latest brand to join the $4.4 billion dry noodles market. Gal Gadot explains her decision to be a cofounder of Goodles saying, “As a little girl living in Israel, my uncle and aunt used to come visit from America, and you know what their gift was for me? A bag filled with mac ‘n’ cheese boxes. That’s how much I love it.” The model and actress shared that mac ‘n’ cheese used to be her cheat meal while she consumed a Mediterranean diet that encompasses vegetables, fruits, and healthy carbs. Gadot couldn’t find a healthier version of her favorite food so she decided to make it herself, and that’s where Goodles comes in. 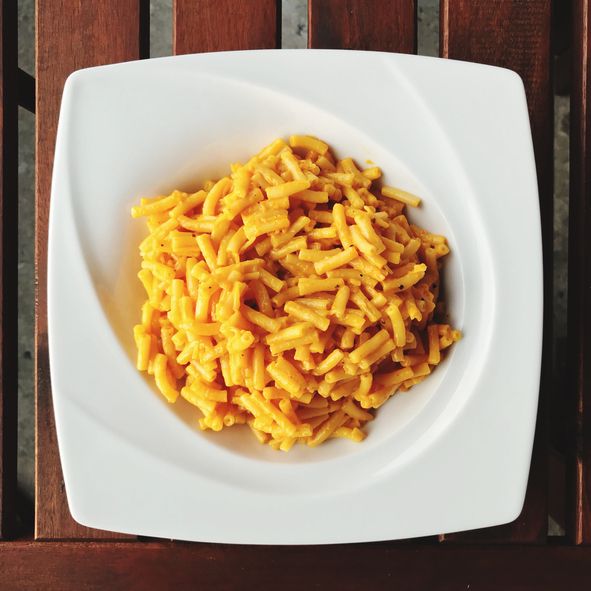 Gadot explained, “Mac ‘n’ cheese has never been updated. The old recipe is just plainly not good for you. Goodles is offering a better version of something that people love, and if I can make their life a bit healthier… I would be more than happy to do that.” She created a venture-backed startup led by Springdale Ventures that has raised $6.4 million so far. Gal Gadot notes that for her, Goodles isn’t purely a food product, but something she really believes in. Gadot says, “Goodles, like the name Wonder Woman, they only want to do good things in the world. Wonder Woman cares about kids and humanity, and so does Goodles. Honestly, when I look at it, their set of values are very similar: It’s about humanity and positivity, and I think this is something that we managed to achieve with Goodles.”

Gadot also partnered with former Cerebelly CEO Jennifer Zeszut who is part of her executive team. Zeszut explained that their partnership has been developing over the last three years or so. She goes on to say that it took more than 1,000 recipes to come up with the perfect combination of flavor and nutrition. Each serving of the Goodles product now has 14g of protein, 6g of fiber, and 21 nutrients from a variety of organic vegetables. It’s made with dairy cheese, wheat flour, and has fewer calories and more probiotics than similar products on the market. Zeszut says, “We wanted to create an impact [on the mass market] with great nutrition.” As of now, big retail partnerships are in the works for Goodles’ expansion.