At Brentford’s Gtech Community Stadium, Granit Xhaka was among the last players to make his way back into the tunnel. He lingered in front of the visiting supporters a bit longer than usual and held out his hands in thanks as they sang his name. Three years after leaving the Emirates Stadium to boos and losing the captaincy, such a greeting was unthinkable three years ago, but the events in west London on Sunday highlighted a stunning turnaround in circumstances. 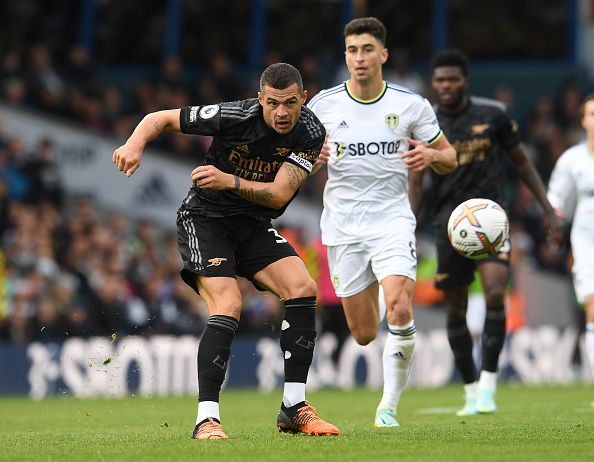 To get here, it has been a lengthy journey. When Arsenal last played Brentford in February, Xhaka was spotted refusing the captain’s armband following Alexandre Lacazette’s late substitute. He subsequently said, “I wasn’t ready for it. But this time, with injured Martin Odegaard out, he started wearing it right away as Arsenal won 3-0, returning them to the top of the Premier League. He described it as a “very special and emotional” day for him in the aftermath.

The armband enhanced the occasion’s meaning, but performances ultimately led to his salvation. Xhaka performed admirably against Brentford, just as he has done for the entire season and for a good portion of the previous one as well. His development is largely attributable to Mikel Arteta’s reconfiguration of his midfield, who was instrumental in persuading Granit Xhaka to remain at the Emirates Stadium in 2020.

Throughout his tenure in the Premier League, Xhaka was regarded as a deep-lying midfielder; however, Thomas Partey currently fills that position, with Arsenal’s full-backs—typically Oleksandr Zinchenko and Ben White—often burrowing inside to offer additional assistance. With Odegaard or, in the case of Brentford, Fabio Vieira playing a similar position on the other side, Xhaka has been given the opportunity to advance further for Arsenal. On the field, where the rejuvenated Xhaka can be seen driving forward and busting up opposing defenses, the greater improvements can be witnessed. His welcome from the away end at Brentford at the conclusion of a narrative of redemption.