Finally, a deal between Barcelona and Atletico Madrid should allow Antoine Griezmann to play as often as Diego Simeone desires. This season, the French attacker has only made a handful of brief cameos, entering with 30 minutes left in all but two of Atletico Madrid’s games. The Madrid derby was one of the two games he started, and the other was on Tuesday night against Club Brugge. 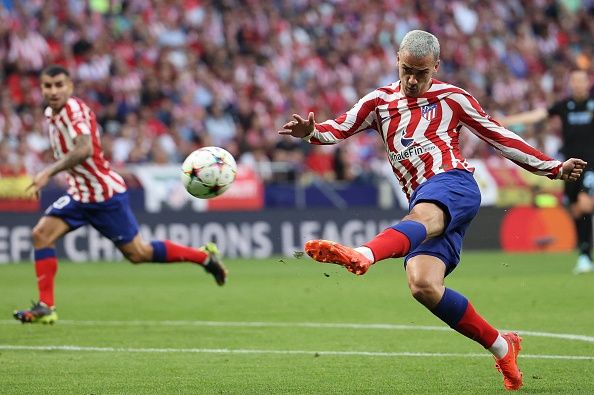 The €120 million agreement that saw the France international leave Atlético for Barcelona in 2019 fell short of expectations. In 74 La Liga outings for the Catalan club, he has scored 22 goals. Joo Felix had been considered as part of a trade, but Barcelona chose to sign Luuk de Jong from Sevilla on a season-long loan with the possibility of a permanent move. Griezmann joined Atlético from Real Sociedad and enjoyed five great seasons there. His goal return was far higher than at Camp Nou, with 94 goals in 180 league appearances. Saul González, an Atlético midfielder, was loaned to Chelsea on Tuesday night.

According to insiders, the player himself had been eager to get the issue fixed as quickly as possible, in part because he wanted to maximise his playing time before the World Cup. Six of Atletico’s seven La Liga games thus far this season, as well as two of their three Champions League group games, have seen Griezmann come off the bench. With the drama finally coming to an end, Barcelona can also avoid the possibility of having Griezmann, along with his big compensation contract, return to them next summer when his loan was supposed to end.

In order to avoid having to exercise a mandatory €40 million purchase option should he start a predetermined amount of games during the two-year loan agreement, Los Rojiblancos have been playing him so sparingly. Barcelona may think they received a terrible deal, but it is the right move for everyone. The alternative, which would have seen Griezmann restricted to regular substitute roles before returning to Barcelona on a hefty salary, would have been absurd for both teams.