Harry Styles Claps Back At Candace Owens Over Vogue Criticism
By admin - December 3, 2020

English singer Harry Styles became the first man to appear alone on the cover of Vogue last month. Styles wore several dresses to the publication’s photoshoot, which caused a huge and mixed response on the internet.

The extravagant photos also caught the attention of American conservative activist and author Candy Owens, who decided to make an emotional statement and wrote on Twitter: “Bring back the men.”

“There is no society that can survive without strong men,” Owens writes.

Celebrities and fans of the singer came together to protect Styles from this cyber attack.

“Harry Styles is completely masculine,” wrote British actress and activist Jamila Jamil on Twitter, “because humanity is what you want, not what the unformed, toxic, misogynistic, homophobic S * rebs decided 100 years ago. Harry 104 percent “It’s perfect.”

The apple of its own rolling rift on the internet has not gone unnoticed by Styles either. The singer posted a photo on Instagram with a picture of himself with a banana in his hand. “Bring back the men,” the caption reads. 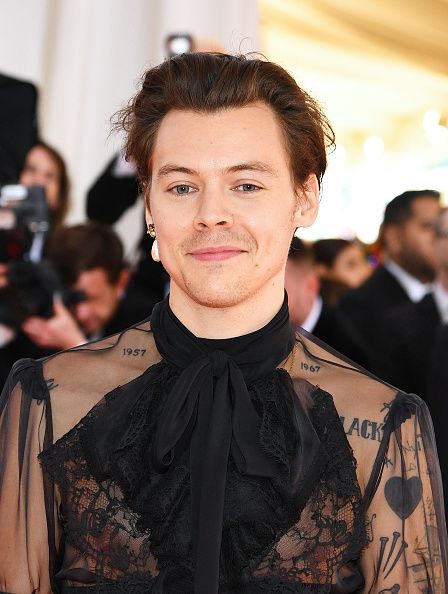 The picture is one from a Variety photoshoot where Harry also said: “When you refuse to wear something just because you say it’s feminine, you have to present the perfect outfit to the whole world. And I think the perfect thing today is that you can wear anything. “It doesn’t matter if it ‘s X or Y, because the line between them is becoming more and more blurred.”