The House of Gucci is a new upcoming film based on Sara Gay Forden’s book, ‘The House of Gucci: A sensational Story of Murder, Madness, Glamour, and Greed,’ which tells the story of the murder of Maurizio Gucci, the heir to the Italian fashion lineage.  The new movie stars Lady Gaga who will be playing Patrizia Reggiani, Maurizio Gucci’s ex-wife. The movie also stars Jared Leto, Jeremy Irons, Jack Huston, Salma Hayek, and Al Pacino. The movie covers murder, mystery, and fashion and the anticipated film will be released on November 24th. Patrizia married into the Gucci family in 1972 when she married Maurizio, and the couple later divorced in 1994. In a statement to The Wall Street Journal, Gaga said she wanted to “make a real person out of Patrizia, not a caricature. I felt the best way to honor Maurizio and Italians was for my performance to be authentic, from the perspective of a woman, not an Italian-American woman but an Italian woman.” 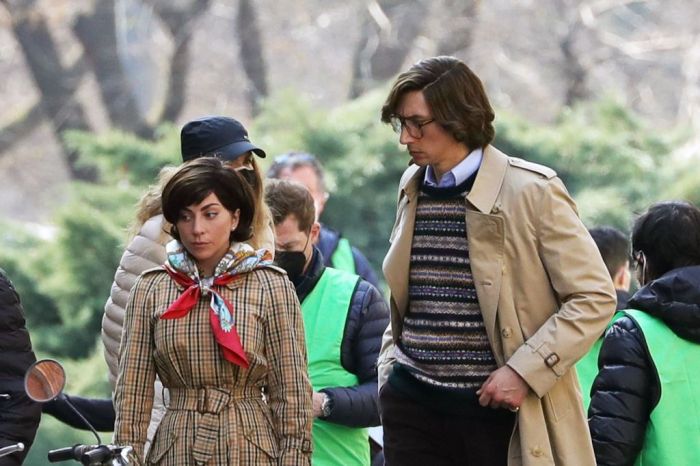 It appeared as if the couple were happy with an exceptional amount of wealth and grandeur lifestyle with properties around the world, a superyacht, and luxury cars. However, all was not as it seemed. Maurizio had a new woman on the side and his spending increased. In 1995, as the Gucci heir was walking into his office, an unidentified gunman shot him dead. His late wife Patrizia was an immediate suspect, for she was not quiet about her wishes for Maurizio’s death. But a lack of evidence at the time caused the case to go cold. But in 1997, she was arrested and put on trial where her plan was brought to light. She had hired four accomplices to murder Maurizio. She spent 18 years in jail and was released in 2016.

When talking about how she got into character for the role, Lady Gaga explained that she spent six months getting her Italian accent down, and spent another six months staying in that accent. She told The Wall Street Journal, “I knew I was about to play a murderer. I also knew how Tony [Bennet] feels about Italians being represented in film in terms of crime. I wanted to make a real person out of Patrizia, not a caricature.” Patrizia supposedly told Italian news outlet ANSA that she is “rather annoyed” that Gaga will be playing her “without having had the consideration and sensibility to come and meet me.” Regardless, the role holds a very important spot in Gaga’s heart. She said, “Choosing to work in a film that’s set in Italy is where my heart lies. When I went over to film this year, every day I was able to plant my feet on the ground and know that I was in a place where my family lived before coming here and working hard so I could have a better life.”