Salt, the crystalline form of sodium chloride (a.k.a., table salt), is essential to life—it regulates blood volume and pressure, allows nerves to send electrical impulses, stimulates the secretion of hormones by the kidneys, helps muscles contract properly, enables stomach acid production that’s required for digesting food, and it contributes to saliva formation to keep the mouth moist. But some people think salt is responsible for many of our society’s ills, from high blood pressure to heart attacks and even strokes. They claim that if we eat less salt, those health problems will disappear. The Journal of the American Medical Association (JAMA) found that the less salt study participants ate, the lower their blood pressure was. 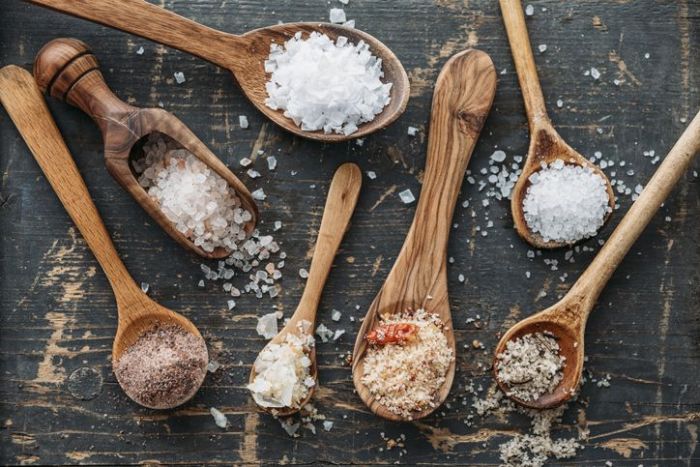 “These are surprising results to us,” says Dr. Michael Alderman, clinical professor of medicine at Albert Einstein College of Medicine in New York City. “The findings are consistent with the other studies out there suggesting that salt intake is not as dangerous as some have believed.” But Dr. Alderman says that parents, educators, and health care professionals need to keep a balanced view of the findings because “the results show an association between sodium intake and high blood pressure in children… not cause and effect.” “Parents should reduce salt in their own diets,” he adds, “but they shouldn’t think that reducing salt will make their children perfectly healthy.”

The report is a meta-analysis of data from the Dietary Intervention Study in Children (DISC), a large, multi-center research effort that tested whether sodium reduction could lower blood pressure in obese children. The DISC included 444 overweight/obese children with prehypertension or stage 1 hypertension who were 10 to 16 years old. It divided study participants into 4 groups. One group ate meals prepared with regular sodium levels for 5 weeks, the second was assigned to a low-sodium diet for 12 weeks, and the third was assigned to a low-sodium diet for 20 weeks (the 3 groups were termed “early,” “late,” and “long-term” sodium intervention, respectively). Study findings show that all interventions reduced blood pressure significantly more than the control period, but early intervention had no greater effect than late or long-term intervention. Dr. Mark Creager, president of the American Heart Association (AHA) says, “The study shows why this is important,” he says. “If you can reduce blood pressure even just a little bit, especially at an early age, it means you’ll be preventing hypertension later on.”