Is Green Energy the Answer to Africa's Future?
By Marc Gordon - September 26, 2021

Around the world, countries are looking at ways they can use more green energy, but this is a somewhat more complicated challenge in Africa. The reason? Accessing energy supply in the first place is taxing. There are around 600 million people in Africa who cant obtain energy, and even businesses in cosmopolitan cities in South Africa and Nigeria, for example,  still experience power blackouts. The Ministry of Power in Ghana said more than 80% of the population has electricity, but remote communities have been difficult to access. To fix this issue, entrepreneurs have established microgrid energy systems. 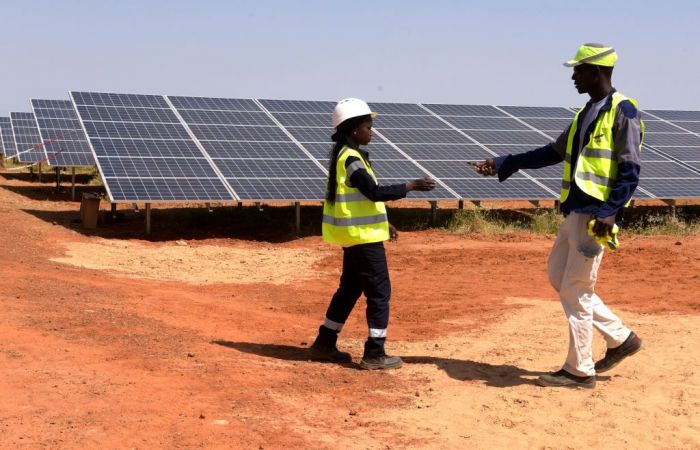 Microgrids are independent energy systems for specific zones powered by both solar and wind power that supply communities with low-cost, clean energy. But it is not just the isolated cities that face power challenges, but major cities as well. In Lagos, Nigeria, there are about 15 million residents, yet this city’s energy supply is unreliable. So many businesses that do have access to grid electricity are still using other power supplies, such as petrol and diesel generators. Nigerians spend 22 billion dollars a year on power generators, making it is essential that solutions be found. There are gas-fired plants in Nigeria that makeup 80% of the city’s electricity.

Rolake Akinkugbe-Filani, a member of the Africa Energy Chamber’s Advisory Board explained that “People see gas as a halfway house between fossil fuels like oil, and renewable energy.  Gas has a lower carbon footprint than oil. Nigeria is the country with the largest gas reserves in Africa and the ninth-largest in the world, so it makes sense to make use of these resources.” Olusola Lawson, the co-managing director of the African Private Equity and Venture Capital Association, has invested more than half a billion dollars in power and infrastructure projects in Africa over the last decade. According to Lawson, “by 2050 about half of the energy installed across Africa is going to be renewable energy.” This revolution will not only help to produce clean energy but create new employment opportunities as well because more people will need to be trained for solar panel jobs.