James Gunn routinely publishes updates on his personal life, especially when it involves his fiancé and long term partner Jennifer Holland, even though he continues to be as transparent as ever about his job in the Marvel and DC Universes. Hollywood fans like the two, and they even had the chance to collaborate on projects in the DC Universe when Holland played Emilia Harcourt in both Gunn’s directed and written films The Suicide Squad and Peacemaker. After seven years of dating, Gunn even celebrated the couple’s engagement in February, which was a sentimental and important moment for them. Only a few months have passed since that engagement, and Gunn and Holland have taken the next step in their relationship by getting married. 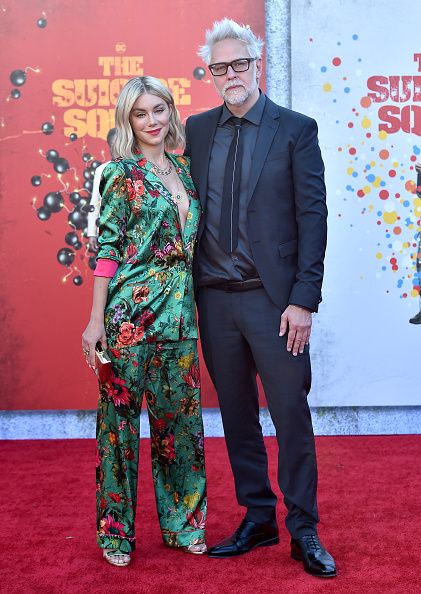 Director James Gunn of Marvel and DC films published a tweet to mark the occasion of his wedding to Jennifer Holland on September 24, 2022. As Holland’s bridesmaids smile and applaud the newlyweds, Gunn and Holland enjoy their first kiss as husband and wife. To a deafening ovation, notably from James Gunn’s brother Sean on the director’s left side, the pair raise their hands in the air while beaming broadly. In a black-and-white photograph, Gunn and Holland can be seen laughing as they make their way down the aisle as a married couple. Holland is clutching her bouquet of flowers, while Gunn is giving one of their guests a fist bump.

Holland strikes a solo photo-op while displaying her stunning dress and flowers while squinting to the side. The train of her dress flutters behind her as she stands in front of a stunning lake and mountain at the wedding location in Aspen, Colorado. As Sean Gunn officiates his brother’s wedding, Holland and Gunn exclaim with joy that they are now husband and wife. Gunn will now return to work for Marvel as he completes post-production on two hotly anticipated new entries, possibly following the couple’s honeymoon.