The Japanese space agency said publicly yesterday that researchers had discovered a black soil sample in a capsule brought from a distant asteroid by the spacecraft Hayabusa2 last week. This boiler-shaped capsule 38 cm in diameter was dropped by Hayabusa2 on December 6 in the Australian desert.

The capsule landed unharmed on Earth and was sent to Japan last Tuesday for research. Scientists hope that these samples will provide them with enough information about how the solar system formed and how life evolved on Earth. The Japan Aerospace Exploration Agency (JAXA) said researchers had already opened the capsule and discovered an unspecified amount of sandy black particles.

“It is clear that this sample was taken from Ryugudana,” JAXA said in a statement to The Associated Press.

Hayabusa2 landed on asteroid Ryugu last year. This celestial body is about 306 million kilometers from Earth. It turned out to be harder to access than scientists expected. This difficulty was caused by the extremely stony surface of the asteroid. 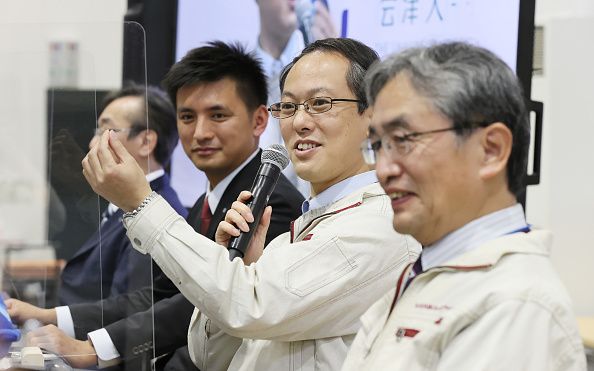 JAXA scientists say they are interested in finding organic matter in the samples and studying them. This will help them to understand how these compounds moved in the solar system and whether they have anything to do with earthly life.

Studies in Japan will last about 1 year. Some of the samples they will share with NASA and other international research teams for additional research starting in 2022.

Project manager Yuji Tsuda called the mission a “rare event in human history.” The spacecraft took pristine material directly from the asteroid in just one second and brought it back to Earth.

The Hayabusa2, which is about the size of a refrigerator, left for Ryugu in December 2014. Scientists were looking forward to the moment when the ship landed on a diamond-shaped asteroid Ryugu. This name means “Dragon Palace” in Japanese.

As for NASA’s OSIRIS-REx mission, it recently collected specimens from the asteroid Benu, also close to Earth. His specimens will hit Earth in 2023.