Japan plans to increase funding for artificial intelligence work to improve its pairing function. The created function will help the citizens of the country to find the right heart.

From next year, 2 billion yen ($ 19 million) will be allocated to local governments to help them increase the birth rate. Funding will enable authorities to initiate or continue projects already established to pacify people using artificial intelligence.

The reason for all this is the demographic situation in Japan – the number of newborns born in the country last year fell to 865 thousand, which is a record low number. The fastest growing nation has been looking for ways to solve the demographic problem for years. The newly created project is one of the last attempts to do so.

“We especially plan to increase funding for local governments to use artificial intelligence to refine pairing systems,” said a government official.

In many provinces of Japan, there is already a pairing service created by humans, but in part, artificial intelligence technology is used to process user data in more detail in the system and to find a partner accurately.

Existing technology poses a problem precisely because of accuracy – it only matches people after meeting the same criteria – e.g., age and income -. The system, for which the Japanese government has not spared any money, will take into account factors such as hobbies and values ​​before mating. 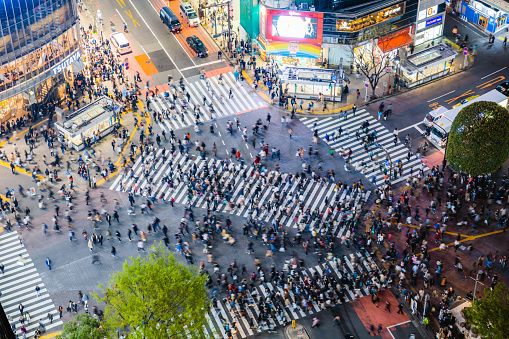 Japan’s demographic situation is clearly reflected in the forecast – if the current rate of decline continues at a current rate, the population of the 128-million-strong country will shrink to 53 million by the end of the century.

Part of the researchers also link this to the state’s approach, as the analysis shows that there is a lack of support for working mothers in Japan – here they expect women to combine housework and child rearing with work. Despite the government’s announcement that they want to support full-time women, the gender gap has been noticeable in recent years. A report published in 2019 indicates that Japan ranks 121st out of 153 countries in terms of gender equality, which is 11 positions behind the 2018 data.