Kanye West States Donda Was Released Without His Approval
By Keith Donnelly - August 31, 2021

Like thunder on a sunny afternoon, Donda suddenly emerged on Kanye West’s Spotify Artist Page. It’s curious how the album came as such a surprise despite it being promoted so heavily and in such a feverishly bombastic fashion for the past month and a half, and yet, pretty much nobody expected the album to drop out of the blue the way it did. In fact, some had even begun to doubt if the album would ever be released at all, which isn’t so far-fetched given Kanye’s previous history of scratching albums at the last second and postponing release dates ad infinitum. 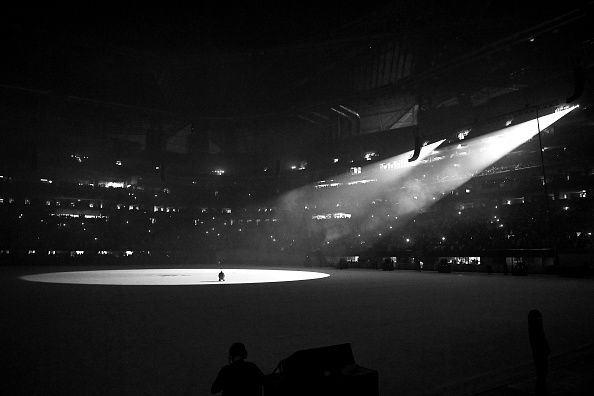 But there it was; waiting to be heard. Everyone immediately took to social media to talk about it. At first, people thought it was an elaborate joke. So did we, until we checked for ourselves. It was there. Donda was out, and we could finally listen to it. Oh, happy days. But before we could even get the chance to actually give the album a test run, Kanye stated that “Universal put my album out with my approval and they blocked Jail 2 [a song appearing on the album featuring DaBaby] from being on the album.” Since then, Jail 2 was integrated into the album, but how should we make sense of the rest of Kanye’s claim?

Representatives for Universal offered no comment to Variety, but the publication cited unnamed sources at the company who claimed that Kanye’s statement was “preposterous.” It appears, then, that the confusing legacy of Donda lives on. Only time shall tell whether the album we have listened to is the album Kanye intended us to hear or whether we are in the midst of an unfinished project.