Kanye's New Album Is a Total Emotional Roller Coaster and It Isn't Even Out Yet
By Andrew Parker - July 23, 2021

There’s nothing surprising about the fact that a Kanye West album has got the world in a chokehold. People are emotionally invested in Kanye’s new album, Donda. So much so that some have even filmed themselves breaking down in tears. The only thing weird about this is the fact that Kanye’s album isn’t even out yet. It has caused much public outrage, it has taken the world by storm, and the large majority of the world hasn’t even heard it yet. This wouldn’t be the first time Kanye’s failed to deliver on his promises, and yet here we are, once again, totally surprised to be had. 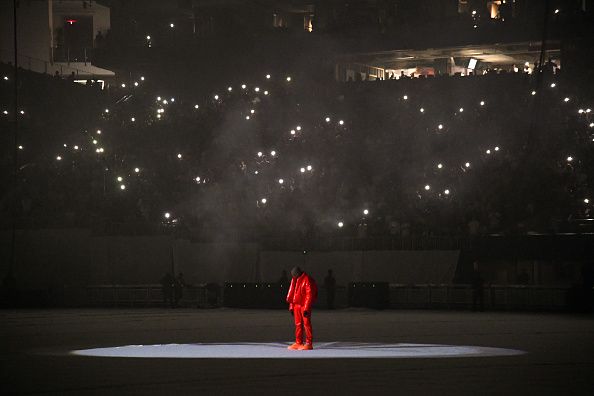 Donda was scheduled to be released on July 23rd, after West’s mega-listening party in Atlanta on Thursday. But when the time came to drop the actual album, the only things that dropped were our collective jaws. We’d been conned once again by the masterful marketing genius, Kanye West. Many articles published after West’s listening party stated that the album was obviously far from completion, with most of the songs being played in demo or snippet format. There was a limit to the fans’ enthusiasm for the music, as audience members attempted to chant “Say something!” to a silent, motionless Kanye staring out into the homogenous crowd.

West’s life, both public and private, has become a matter of spectacle in the eyes of the general public. The past few years have been particularly intense: his divorce from Kim Kardashian, his public advocacy of Donald Trump, his incomprehensible presidential run, the disclosing of his mental health, and most notably, his renewed belief in Christ. Christopher Hicks, an Atlanta music executive, said: “It’s Kanye West. You’ve got to expect chaos.” Surely no truer words have ever been spoken of West, whose recent album tardiness pales in comparison to everything that’s happened to him in the past few years.