Kendrick Lamar does not make concessions. The 35-year-old Compton rapper gained recognition as a member of the new-school hip-hop elite simply by being the greatest. He solidified his position by growing better with each subsequent performance. Lamar is his biggest rival because he continually improves as a rapper, writer, thinker, and someone with the talent and motivation to advance culture via his work. Due to his fame, unlike many, his music projects pop rather than reflect it. Therefore, whatever genre he produced at the time became the current trend. 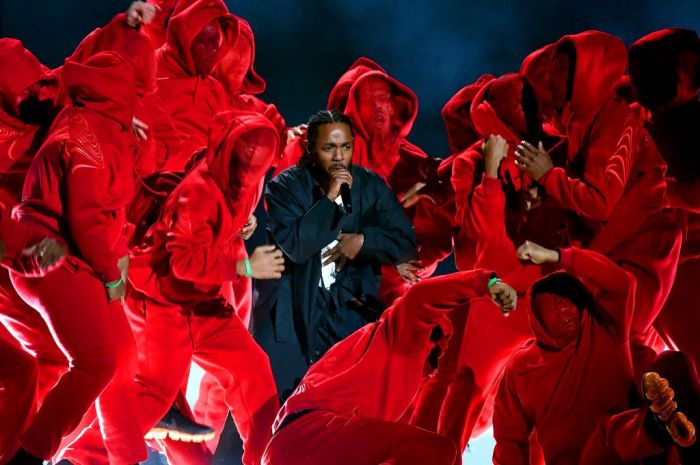 “I” is at the top of the list. Self-love is crucial, and encouraging individuals to love themselves is sometimes necessary. That’s the reasoning for Kendrick’s feel-good hit I, which many regarded as Kendrick attempting to create a pop blockbuster a la Pharrell Williams’ “Happy.” Whereas “Happy” was all smiles and giant hat memes, I had a unique edge thanks to its whirling psychedelia and dynamic vocals. This upbeat youth track “Bitch Don’t Kill My Vibe” is both a tribute to isolation and a critique of the hip-hop industrial complex, and it’s maybe the most cerebral song ever to use the word “Bitch” in its title. The violins on the sumptuous, Sounwave-produced instrumental reminds you of Kanye West’s Jesus Walks.

Kendrick Lamar creates a tapestry of romance and despair in his 2011 hit single “A.D.H.D.” Kendrick’s flowing, multisyllabic fireworks take the day, hammering home the rapper’s quiet persona’s intelligent, surprising brilliance and intuitive game. Every Kendrick Lamar album includes at least one track that reminds the world that Kendrick Lamar can rap anyone under the table over any beat. On “DAMN,” that obligation fell to “HUMBLE,” which Kendrick stated to the world, No, that’s how you rap in a Mike Will Made-It track. Most of the time, Kendrick’s revolutionary language is toned down in service of whichever tune he’s working on, often appearing subliminally inside his detailed character studies of folks society has left behind.