We may not be exaggerating when we say that the relationship between these two men has played an undeniable part in shaping modern comedy and satire, the nature of the sitcom, the nature of television shows at large,  and even just American culture as a whole. The importance of this duo is surely something an unsuspecting bypasser would be able to guess were he to see them on the street for the very first time, and yet, it is utterly undeniable. 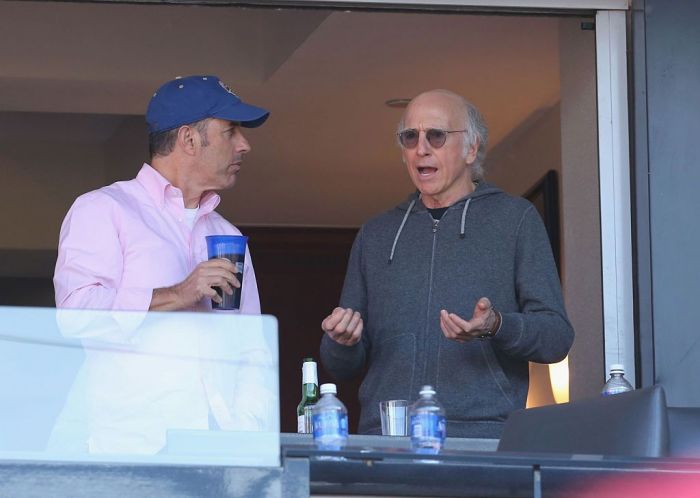 What’s the deal with real life? That’s a question both Jerry Seinfeld and Larry David have been asking themselves and their countless fans throughout their entire careers. The two have become synonymous for finding an endlessly deep well of minuscule and unimportant social phenomena to pick, prod, take apart, and ridicule. The two are geniuses at finding absolute comedy gems in the most mundane of interactions. That being said, it’s probably kind of hard to be friends with people like that who so deeply enjoy deconstructing what it means to be a social being. But maybe their common fascination with dismantling the social fabric of our society is what brings them together.

The story of their coming together goes like this, as told by Jennifer Keishin Armstrong: “Larry David and Jerry Seinfeld first noted their comedic affinity for each other when Seinfeld read some comedic material David had ‘gifted’ a friend, Caro Leifer, for her birthday. David – nearly broke – had given Leifer some jokes as a birthday ‘gift.’ Too drunk to read them aloud, she handed them off to Seinfeld; he killed, which suggested some creative potential between the two men.” The two are also both notorious for their uncanny ability to talk about anything for hours; they’re both in love with comedy; they both share an affinity for sports; they’re both full of idiosyncrasies. It was a match made in heaven.