Scientists have recently found the bones of a new dinosaur in Missouri. The Parrosaurus missouriensis was about 35 feet in length once fully grown. This particular dig site has also produced other dinosaur bones over the last eight decades, but now that enough bones have been collected, scientists can be certain that a new species of dinosaurs existed. Guy Darrough, curator of the Sainte Genevieve Museum Learning Center in Ste. Genevieve, Missouri said the dinosaur’s body “was enormous, almost the size of a Volkswagon. At this site nearly 80 years ago, scientists found the first dinosaur bones, thought to be the remains of a sauropod, a plant-eating dinosaur. Other scientists believed the dinosaur resembles the brontosaurus which was used in the Sinclair Oil advertising, but it turned out to be a different dinosaur all together. 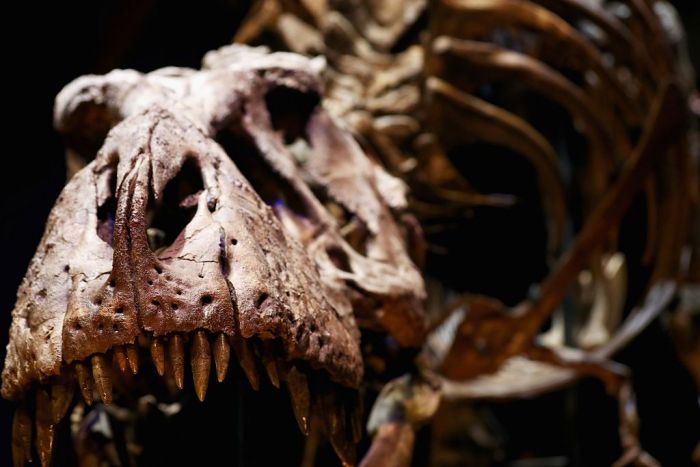 Makovicky, a professor of earth and environmental sciences at the University of Minnesota said that the newly discovered dinosaur weighed over 2000 pounds. To put that into perspective, the Tyrannasouros rex is believed to be 40 feet long and 12 feet tall, and the Supersauraus dinosaur is believed to be between 128 and 137 feet. Makovicky said, “Potentially there’s a lot more here. We’re actually looking at something that might be a mass death occurrence, like an entire herd that perished and washed into this waterhole or lagoon.” He continued, “You know when you’re a kid, and you pretend you’re a paleontologist, and you go and dig a hole in your backyard because you’re going to find a dinosaur down there? That never happens … except this time it did.”

With these recent findings, paleontologists now have a deeper understanding of the ancient environment as they learn about the various dinosaurs across North America. Abigail Kern, the office manager for the Sainte Genevieve Museum Learning Center in Missouri said, “No one thought that there were any dinosaurs in Missouri. It’s just unheard of to find dinosaur fossils in this part of the country. We’re a very small town in rural Missouri so we’re just really excited to be able to bring this level of scientific finding to our town and to help push it out to all of the communities and the schools around us.” It’s an exciting discovery that provides more information about our ecosystems and evolution.