Nevertheless, even greater accuracy is possible. If atomic clocks could measure atomic vibrations more accurately, they would be sensitive enough to detect events such as dark matter and gravitational waves.

Against this background, scientists have developed a new type of atomic clock that determines time even more accurately. The new atomic clock, which works on the principle of intertwined atoms, may help scientists detect dark energy and accurately study the effects of gravity over time.

Through better atomic clocks, scientists will also be able to answer puzzles in the mind, such as how gravity can affect the passage of time and whether time itself changes with the age of the universe. 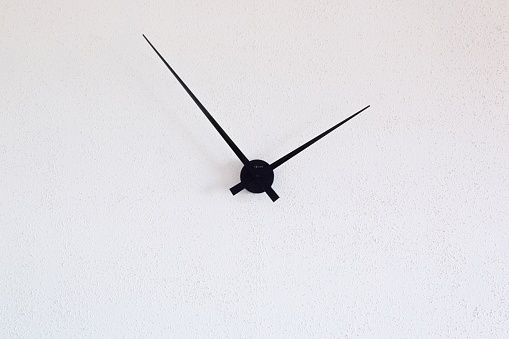 The new atomic clock developed by MIT physicists has great potential. It may enable scientists to study the above issues.

In a paper published in the journal Nature, the researchers said they created an atomic clock that measures not only the random oscillations of atoms as modern atomic clocks can, but also measures atoms that are quantum entangled.

The correlation of atoms cannot be understood by the laws of classical physics, although such devices allow physicists to measure the vibrations of atoms more accurately.

Time limit
Once people started recording the passage of time, they did so using periodic events; For example, the movement of the sun in the sky. The most accurate tool in this regard today is the observation of the vibration of atoms.

And yet, the standard quantum limit is still found, which means that there are still some uncertainties, even in thousands of atoms. Wuletich and his team have shown right here that using quantum entanglement can help us increase the limit.

In general, quantum entanglement describes a nonclassical physical state in which atoms of different groups show the results of measurements with each other, even though each individual atom behaves according to the random fall of the coin.

According to the team, when atoms intertwine, their individual oscillations tighten around the overall frequency. Consequently, the average oscillations measured by such an atomic clock would be more accurate than it might have been when observing one atom directly.