In the forests of Myanmar, scientists have identified a new species of monkey that has characteristic white rings around its eyes. The new species is called Popa Langur because it inhabits the Popa Mountains and has only 200-250 representatives.

Langur eat mainly leaves and are common in Southeast Asia. Due to habitat loss and hunting, this small primate is in danger of extinction.

Scientists have long suspected that a new species of ape lived in Myanmar, but there is little evidence of this. Therefore, the researchers conducted DNA analysis of the materials stored in the museums to select the species.

Early researchers in Burma had collected materials from monkeys that had not been studied before. DNA testing of early materials eventually revealed a new species of monkey. 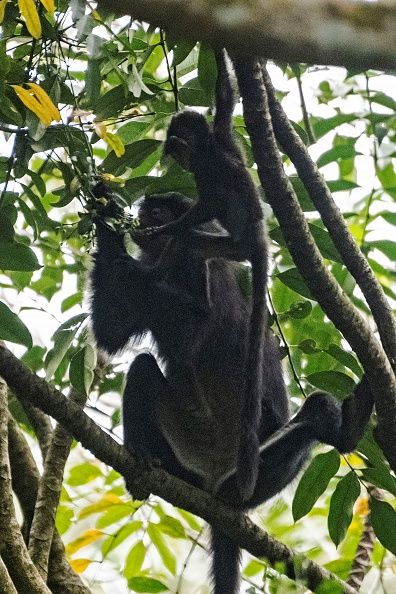 About 200-250 representatives of the newly discovered species are left, which are divided into 4 different populations and live in protected areas. For the past decade, Myanmar has been collaborating with scientists around the world. As a result, numerous new reptiles, insects and amphibians have been discovered in Myanmar. However, the discovery of a new species of primate is quite rare.

Although hunting of Myanmar monkey populations has a very negative effect, the main problem is still the reduction of their habitat. Due to rapid urbanization and land acquisition, the forests inhabited by Popa Langur are slowly disappearing.