Marc Jacobs has released his latest campaign, Heaven, featuring none other than Nicki Minaj. The pictures were taken by Harley Weir, and you can see Minaj sporting Kiki boots and several items from Heaven’s Spring 2022 collection. Minaj was not the only celebrity to participate in this campaign. Alongside her were Mena Suvari, Steve Lacy, and more. 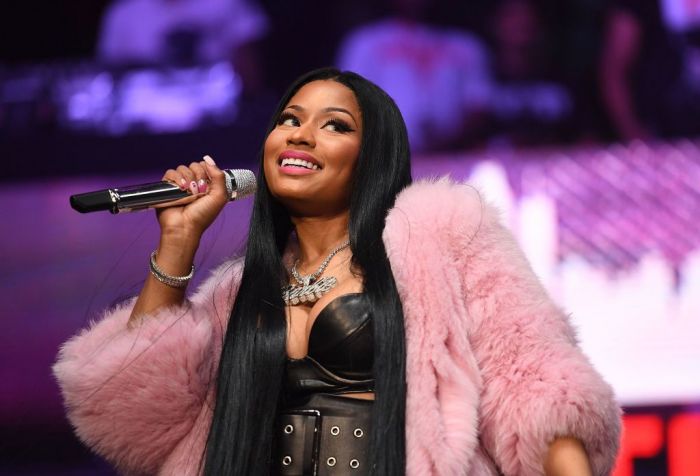 It makes sense that the New York designer decided to work with one of rap’s most popular stars. Female rappers are some of the most stylish and fashion-forward celebrities, so why not include super star, Nicki Minaj? Marc Jacobs happens to be a brand that has gained popularity alongside rap music. It wasn’t a bad move for Minaj to represent his brand new line. In this campaign, Minaj can be seen wearing a white heaven logo baby tee. She even shared on her Instagram that she would be participating in this campaign. She captioned the image, “They Harajuku Barbie introducing the #Heavn Campaign by #MarcJacobs.

In her next look, she is seen with a corset and blue platform heels. This Spring collection is already available online and there will even be the second release in April. After that, a third release will happen in May, so there is a lot of fashion to look forward to. This new collection is inspired by a mixture of fashion, art, tv, and film. It blends pop-culture and modern styles for the ultimate looks. Heaven was a collab with London-based multidisciplinary artist Clair Barrow and skateboarder Ed Templeton.