Paralyzed People Can Control the Computer With Their Minds
By admin - October 31, 2020

Australian researchers have developed a technology that will allow people with upper extremity paralysis to write text, send e-mails and perform other online tasks with thoughts and eye movements.

To do this, they created a centrode – a device the size of a matchstick, which is placed next to the motor cortex of the brain. Here it meets through the blood vessels of the neck. It uses wireless technology to communicate with the computer operating system. The computer converts the brain’s signals into commands, and the person controls the computer with the help of the eye.

This technology has already been successfully used by two patients with motor neurone disease (MND). Researchers from the University of Melbourne, the Royal Hospital of Melbourne and the Flora Institute of Neuroscience and Mental Health participated in the experiment.

Phil O’Keefe, from Victoria, Australia, was able to zoom in on a computer screen just by thinking about it. In addition, it controls the computer cursor more and more with thoughts. 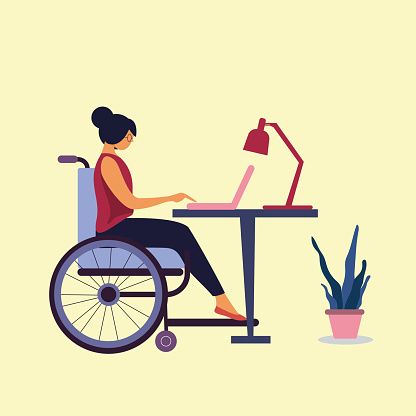 60-year-old O’Keefe was diagnosed with MND in 2015, and life with the new device implant began in April this year. “It trains the human brain to perform new, different actions. It’s very exciting to me,” he said in an interview with the University of Melbourne.

O-Keefe can click the mouse to move his left foot, and to perform other tasks on the computer, he must think about the appropriate actions.

According to a paper published in the journal NeuroInterventional Surgery, the researchers’ goal was to first develop a technology that would work from within the human body. “This technology works really well,” Nicolas Opie, an associate professor at the University of Melbourne, told ABC.

The second person involved in the experiment is 75-year-old Graham Felstedia, who also suffers from MND. He had an implant in his brain in August last year.

“Felstede wanted his wife to be free to go to the garden or go shopping, not to always stand by him and always take care of him,” says Dr. Op. “Now he can call his wife and text her. This way, Ms. Felstede will find time for herself, and Graham will learn to live independently,” he said.

Both patients, O’Keefe and Felsted, use this technology on a daily basis at home without supervision.