Preemie Turns One After Doctors Said Every Day For A Month She Wouldn't Survive
By admin - December 25, 2020

A British couple who were told by doctors that their premature baby could not survive celebrated Christmas with their one-year-old daughter.

Iris was born on November 21, 2019. By this time she was only 28 weeks old, but after the removal of the placenta, due to which she was cut off from oxygen and food, premature birth became necessary.

Doctors did not expect the newborn to survive; Moreover, they kept repeating for a whole month that Iris could not survive. However, the fighting girl proved the opposite to everyone – she recently turned one year old and celebrated Christmas with her proud parents.

“I thought I was ready for the usual postpartum story because I had experienced preterm birth before, but as it turned out I was not,” said Iris Iris, 42-year-old Ima Griffin. “That ‘he can not live’, we are in despair.” 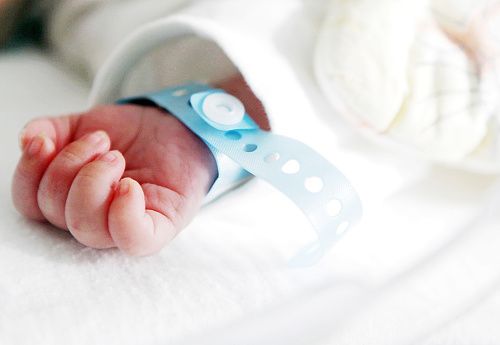 Emma adds that Iris also contracted an infection that “doctors could not manage.”

“For the whole four weeks we were just told he was going to die. I was devastated to hear the same words. It seemed as if all hope had been dashed,” Emma recalls. However, at the same time, we were struggling with a spark of hope, and he only wanted us to take our child home and give him the opportunity to become a parent.

“We could not sleep or eat. We spent most of the night crying and waiting for the phone to ring. My pregnancy on the gas was considered high risk because, unfortunately, I had a baby in February last year. .

Emma said she and her husband, Scott, have children from previous marriages, but given their age, they wanted to have a common child on time as well.

Fighting Iris had to overcome a number of difficulties in the first months of her life. At the age of two weeks, he contracted pneumonia but was defeated. In the following weeks the situation improved, and the girl became so strong that she was even ready to leave the incubator.

However, on the eve of last year’s Christmas, when the parents thought the little one was no longer in danger, they called from the incubator and were told that Iris ’condition had worsened. The number of markers of infection reached 500.

“At that time we really thought we were losing our baby. Every morning when we went to the hospital, the doctors came to us and informed us that Iris could not handle it,” said Emma.

Emma and Scott’s fears were heightened when doctors gathered to decide whether to continue treatment. Emma said that at this time she was heartbroken and trembling, however, fortunately, the doctors chose to continue the treatment for Iris.

The little girl’s life was no better in the following months either. At one point he even had a heart attack, but the fight did not stop and at the end of April he went home with his family for the first time.