Scientists have been able to detect radiation on the lunar surface. This is a particularly relevant discovery because, according to NASA’s plan, two astronauts will set foot on our satellite in just 4 years. As new research shows, the astronauts on the Artemis mission will have to be in 200 times higher radiation conditions than we are on Earth.
It is true that during the Apollo missions, astronauts took dosimeters with them to measure radiation on the moon, but the data was never published.

According to a new study, lunar radiation was first calculated by a Chinese automated space module, Change’4, after it landed on the far side of a satellite in 2019.

As it turns out, astronauts on the moon receive an average of 1,369 microsieverts of radiation per day – about 2.6 times the dose received by astronauts on the International Space Station.
Radiation is the energy emitted by electromagnetic waves or particles. This includes infrared radiation, which we can perceive, and X-rays and radio waves that we cannot perceive. While in space, astronauts have to deal with potentially harmful sources of radiation from which our atmosphere protects us on Earth. 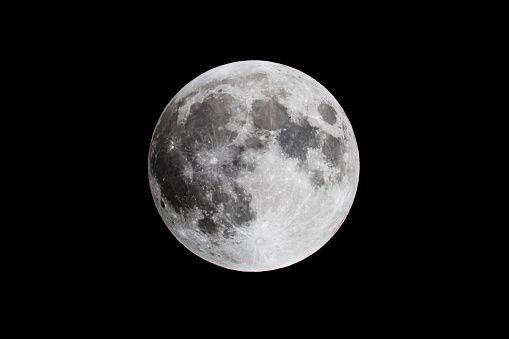 Sources of radiation on the moon include galactic cosmic rays, sporadic cases of solar particles (when particles are rapidly released from the sun), and neutron and gamma radiation.

“The radiation measured on the surface of the moon is 200 times greater than that of the Earth and 5 to 10 times the radiation on a plane from New York to Frankfurt,” said Robert Wimmer-Schweingruber, a physicist who co-authored the study. “Being under radiation makes a big difference.”

Exposure to radiation is one of the biggest threats to astronauts. For example, galactic cosmic rays can cause cataracts, cancer, and degenerative diseases of the central nervous system or other organic systems.

NASA scientists have listed radiation in five threats to the space flight, calling it “the most dangerous.”

On the Artemis Moon mission, in which the first woman to set foot on our satellite in 2024, astronauts will have to stop there for a week, during which time they will pass at least twice the surface of the moon.

As for the International Space Station, indeed, the astronauts stayed there for years, but the ISS Earth’s shield is inside the magnetic field. This means that the station has much lower doses of radiation compared to deep space.

Mars missions are expected to last two to three years and the astronauts will have to be under much higher radiation. Accordingly, NASA says the spacecraft for these missions will be equipped with shields, dosimeters, and alarms. Besides, pharmaceutical studies are underway to find radiation protection products.