The Musical Trailblazer has done it. Missy Elliot has made it to Hollywood’s walk of fame. The four-time Grammy award-winning rapper, singer, songwriter, and record producer was honored this past Monday. Joining her during the ceremony was Ciara, Lizzo, and Elliot’s manager Mona Scott-Young. Missy Elliot, born Melissa Arnette Elliot, began her career back in 1991, where she established the female R&B group Fayze with Timothy Mosley, otherwise known as the rapper Timbaland. In 1997, she put out her debut album “Supa Dupa Fly” which reached platinum status from the Recording Industry Association of America. Her five studio albums that followed after also receded platinum status or more. She went on to win several Grammy’s for her famous songs like “Get Ur Freak On,” Scream a.k.a Itchin,” “Work It,” and “Lose Control.” In addition to her impressive portfolio, she also became the first female hip hop artist to get the MTV Video Music Awards Michael Jackson Video Vanguard Award, in addition to obtaining an honorary doctorate of music degree from the Berklee College of Music. 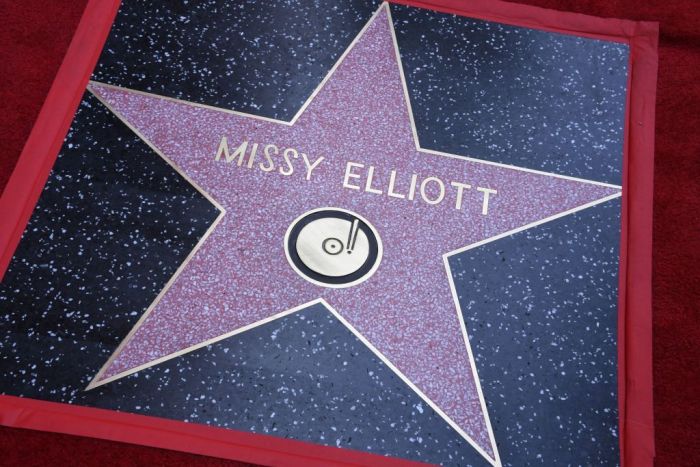 Since her arrival to the hip-hop scene in the 1990s, it is no doubt she has reshaped the sound of hip-hop. She has sold 30 million records worldwide and continues to be a pioneer for female artists in the industry. When asked in an interview with Variety when her musical talent was first apparent, she explained, “If I wasn’t singing I was dancing, and when we had family functions my family would beg me to get on the table and do something. I would say “No, I don’t wanna,” but once they got me on the table, hours later, the night would be over and they would be packin’ up all the food and I’m still on the table, dancing and singing.” She gives credit to her mother for being her number one mentor through it all, as well as Puffy, and Monna Scott.

She wore a lot of different hats throughout the year, such as being an artist herself and writing and producing songs for other artists. Elliot explained that her hiatus was to ensure she didn’t crash, but she still records every day and focuses on other artists. When asked about what it feels like to receive a star on the Hollywood Walk of Fame, Elliot said, “Just that I am grateful and thankful. When you get to this place in your career, when you get to be amongst so many stars, it’s a blessing. Even when people might think I’d taken off, I was still working constantly and never had the chance to realize what I’ve done to get me to this place. So I am thankful that I’m here, and to everyone who thought I can be amongst these stars, I am grateful for sure.”