In a surprising turn of events, Bayern Munich striker Robert Lewandowski has officially joined FC Barcelona. The 33-year-old has clinched a transfer to his ideal destination after months of speculation following his shocking decision to leave Bayern Munich, as he leaves Bavaria on the heels of eight record-breaking seasons. Lewandowski, whose contract at the Allianz Arena was about to expire, signed a three-year contract with the option of an additional year in Catalonia. 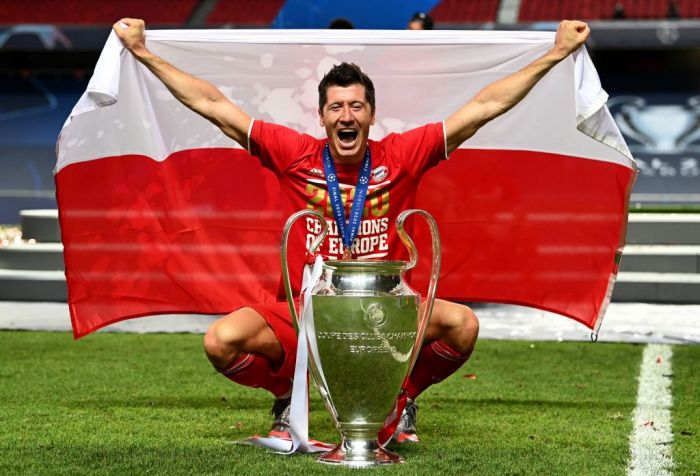 Barcelona has stated that the initial cost for the Poland captain is a cool £38.3 million, with £4.2 million to be paid in add-ons. This is one of the most anticipated transfers of the summer. And given that the Blaugrana set his release clause at €500 million, any team trying to wrest him away from the Camp Nou in the future may have to dish out an eye-watering £426 million. Even though the switch still has not been finalized, Lewandowski went to the east coast of the US last Saturday before being introduced in Miami Beach on Sunday. Consequently, the 2021 Ballon D’Or runner-up is officially the first Polish player to play for FC Barcelona after passing his medical in Florida and taking part in his first training session.

With the money they got for Lewandowski, Bayern lost no time in signing 22-year-old Juventus and Netherlands center-back Matthijs de Light for £68 million. However, Die Rotten manager Julian Nagelsmann is not quite satisfied and has criticized Barcelona for continuing to pursue the striker despite their well-known dire financial situation. The Pole, who labeled the transfer the “most difficult of his life,” is relieved that the transfer was approved before things became any more complicated. All in all, the transfer of the prolific Polish striker is absolutely one of the greatest business FC Barcelona have done despite their financial situation with the manager having absolute confidence that the new striker will bring in a lot of goals with him.