After what must have been the most boring two years ever endured by modern people. music festivals are back, baby. And the grand opener in a series of upcoming festivals is none other than Miami’s Rolling Loud Festival which is back after a grueling 18-month hiatus. With such household names as Travis Scott, Post Malone, A$AP Rocky, Lil Baby, 21 Savage, Roddy Rich, Lil Uzi Vert, DaBaby, Kodak Black, Young Thug  Playboi Carty, Gunna, Swae Lee, and many, many more, it’s safe to say that this year’s Rolling Loud may have been one of the most hyped-up events in recent memory. 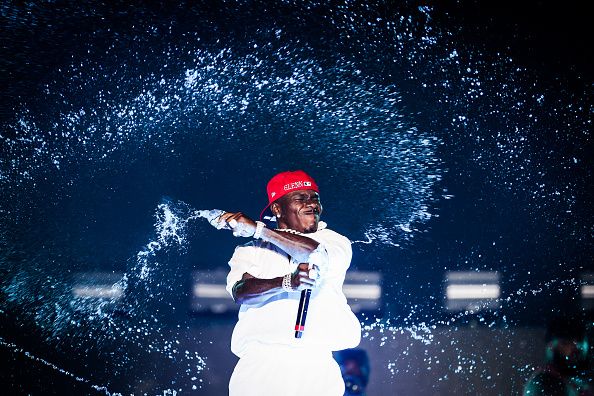 From its humble beginnings in 2015 as a one-day event, Rolling Loud has blossomed into one of the world’s most iconic and grand Hip-Hop events. It is an event tailor-made for Hip-Hop fans around the world. And it surely didn’t disappoint. An example of Rolling Loud delivering unforgettable, historical Hip-Hop moments would be A$AP Rocky’s grand return to the limelight. After a relatively quiet past couple of years, Rocky came and absolutely conquered the stage with his tried and true repertoire of smash-hits and eclectic bangers. The crowd loved it, and with good reason.

Yet another Rolling Loud moment destined to go down in music-festival history as one of the great musical moments of 2021 was Travis Scott’s live performance. Travis Scott seems to have grown his brand to such a size that he has become a modern-day Midas, seeing as everything he touches turns to gold. His presence was larger-than-life and so too was his actual performance was teeming with on-stage effects and visual queues, high-octane performances, and a lively and genuinely enthusiastic crowd. To put it succinctly, Rolling Loud Miami was an incredible start to what may go down as being one of the hottest musical summers in recent memory.