It’s true. Scientists were able to understand the emotions of pigs based on the grunts they make. A pig grunt can tell us a lot about pigs. Researchers from Denmark, Switzerland France, Germany, Norway, and the Czech republic studied pigs and how their grunts tell us how they’re feeling. They listened to over 7,000 audio recordings and they decided if the pig was feeling a happy emotion, a negative emotion, or something in between. 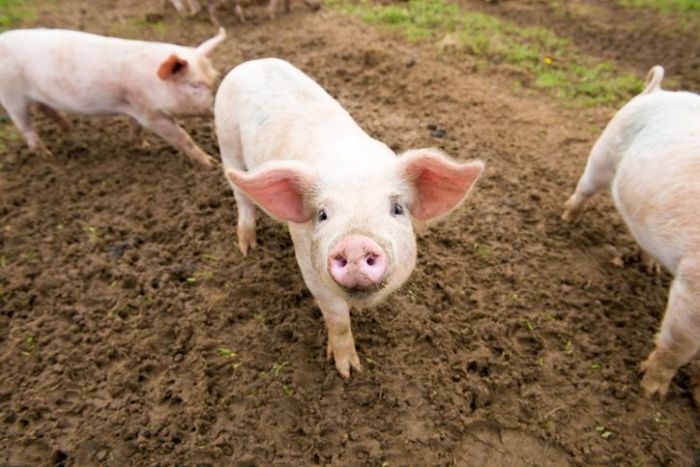 The recordings of the pigs were an accumulation of sounds from when they were born until their deaths. Associate Professor Elodie Briefer of the University of Copenhagen’s Department of Biology at the University of Copenhagen said, “With this study, we demonstrate that animal sounds provide great insight into their emotions. We also prove that an algorithm can be used to decode and understand the emotions of pigs, which is an important step towards improved animal welfare for livestock.” The positive grunt occurred when pigs suckle from their mothers or after being reunited with a loved one. A negative grunt occurred when piglets were separated or when they fought with one another.

Briefer explained, “There are clear differences in pig calls when we look at positive and negative situations. In the positive situations, the calls are far shorter, with minor fluctuations in amplitude. Grunts, more specifically, begin high and gradually go lower in frequency. By training an algorithm to recognize these sounds, we can classify 92% of the calls to the correct emotion.” Studying animal emotions is a somewhat new practice and more farmers are realizing that the mental health of their animals is important for their overall health and wellbeing. Briefer said, “We have trained the algorithm to decode pig grunts. Now, we need someone who wants to develop the algorithm into an app that farmers can use to improve the welfare of their animals.”