This past Monday, four astronauts safely made it home back to Earth. They returned after a 200-day space mission that started last spring. The capsule, resembling a meteor in the sky, parachuted into the Gulf of Mexico where recovery boats were waiting for them. SpaceX Mission Control welcomed the crew by radioing them from Southern California saying, “On behalf of SpaceX, welcome home to planet Earth.” On board were two NASA astronauts, commander Shane Kimbrough and pilot Megan McArthur, along with astronauts Thomas Pesquet of France and Akihiko Hoshide of Japan. Head of NASA’s Space Operations Mission Directorate, Kathy Luders said, “I’m always amazed that I can hold my breath for those last 10 minutes of re-entry. That is high drama right there and … seeing those chutes come out, it’s just an amazing thing.” Their return happened during a bust time for spaceflight because SpaceX plans on launching another four astronauts to the space station. 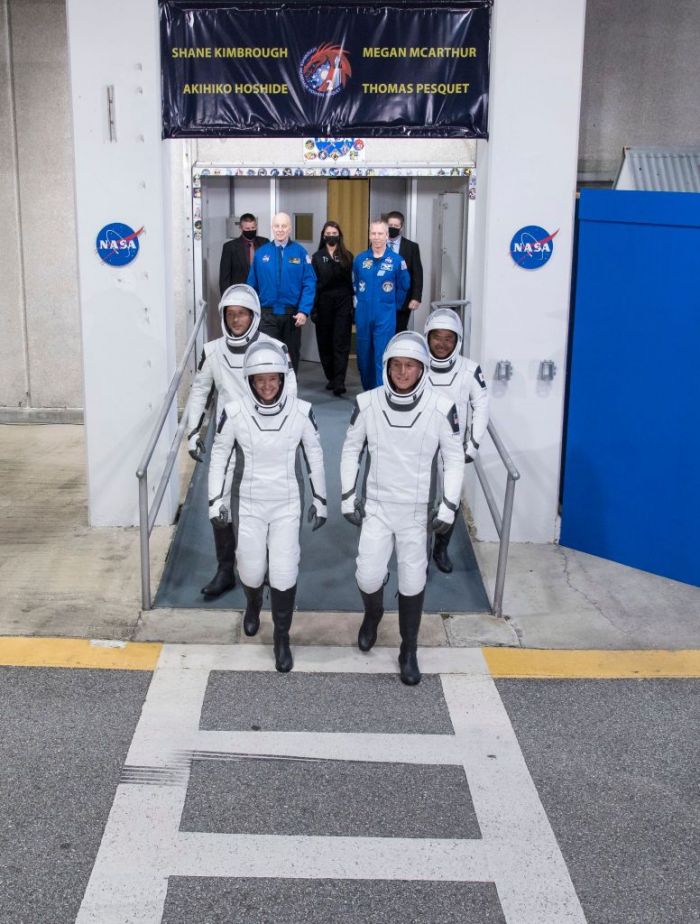 The Crew-2 astronauts did experience some drastic moments on the station when thruster firings took place. This led the NASA crew to evacuate the station and board their dragon spacecraft for safety precautions. NASA astronaut Shane Kimbrough mentioned to reporters, “The ground teams really, really worked hard to make sure we were in the safest posture possible. We were actually in the Dragon capsule in case something really bad did happen. We were ready to go and undock if that was necessary. Of course, it wasn’t, thankfully.” During their time onboard, they partook in 300 experiments, as well as four spacewalks. On their way back, Pequet tweeted, “One more night with this magical view. Who could complain? I’ll miss our spaceship!”

Before coming back, the crew went around the space station while taking pictures. This was something new for SpaceX. NASA shuttles used to do it before they retired a decade ago, and the last Russian capsule spin was about three years ago. Some of the milestones the crew members will never forget include four spacewalks to increase the solar power of the station, a visit by a Russian film crew working on a movie, and the very first chile pepper space harvest. The crew following after them will also go for six months. Hopefully, the next mission will go as smoothly as the first one.