Two same-sex couples will be married at the annual Taiwan Army Army Annual Marriage Ceremony this week. This is the first time since the county government legalized marriage equality 18 months ago.

On Friday, October 30, during this ceremony, two female soldiers and their non-military partners will be married along with others.

Taiwan, a self-governing democracy, became one of the most progressive communities in Asia when its authoritarian rule changed in the late 1980s. It became the first place in the region where same-sex marriage became legal in May 2019.

“Our country … has become the first in Asia to legalize same-sex marriage. The ministry congratulates the LGBT military who are getting married,” the Taiwanese military said in a statement.

They posted dozens of photos of couples attending the Friday ceremony on Facebook and asked people to choose their favorite. The photo of Van and Mann (see below) garnered more than 31,000 likes. 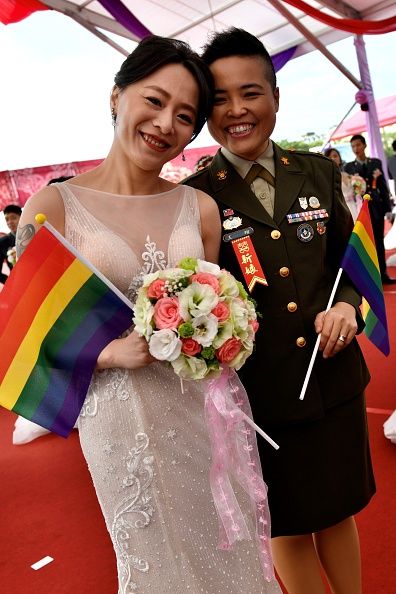 “You are defending our country and we are defending your freedom,” one comment read. A member of the Taipei City Council (Taiwan Capital City Hall) wrote: “Love strengthens Taiwan. Bless all the people in love and salute the constant development of the national army.”

Thousands of couples have been married since the adoption of the new law in 2019. It is true that this law is a great victory for the LGBTQ community, but it does not guarantee full equality: Taiwanese can marry foreigners of the same sex only if their partner’s homeland also legally recognizes marriage equality.

The rights of child adoption and surrogacy are also stricter than for heterosexual couples – gay partners can only adopt children who are biologically related to one of them.

The joint marriage ceremony takes place the day before at Taiwan Pride – the annual LGBTQ parade in Taipei.