The sport of boxing is one that requires a great deal of strategic thinking, as well as physical exertion, in order to subdue the opponent and silence the doubts of victory within either party. Boxing is a sport that has been commonplace among different cultures around the world for centuries, if not millennia, it is a sport that was practiced in ancient Rome, as well as in Greece, and throughout the world, not only as a means of self-defense but also as entertainment.

The formalization, or rather standardization, of boxing has come relatively recently. Where once boxing could be seen as a form of self-defense, similar to that of karate, or tae kwon do, today it is seen as the supreme art of dexterity. Many people think that boxing is a barbaric, ruffian occupation, when, in fact, the reality is that it is seen as one of the most gentleman-like combat sports in the world. 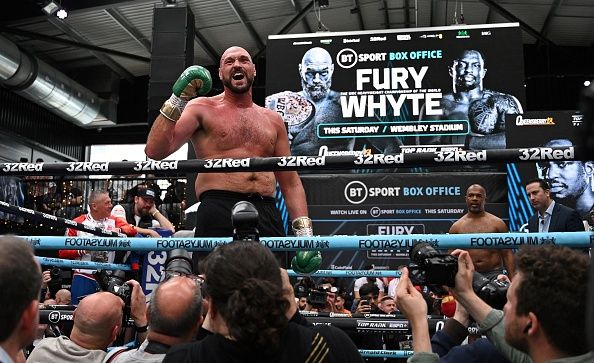 Given the great degree of damage that a fighter can inflict upon their opponent, boxing is usually practiced by younger age groups, and it has done much benefit to them. In most cases, boxing has been the route for the young populace, to escape the troublesome complexities of their childhood, and find solace in a room with only gloves and a sandbag – as the saying goes, it is through the greatest violence that we achieve true peace.

Within the realm of professional boxing, there are many boxers that stand out and have set themselves apart as some of the greatest of all time. One such individual that comes to mind is the Gypsy King, Tyson Fury. Fury is known for his supreme stature, and his ability to come back from difficult situations, and win the fight – mini-me attribute this to his physically harsh nature, yet many claim that it is because of his upbringing, and the proclivity of gypsies to indulge in such practices that are conducive to the formation of a skilled boxer.