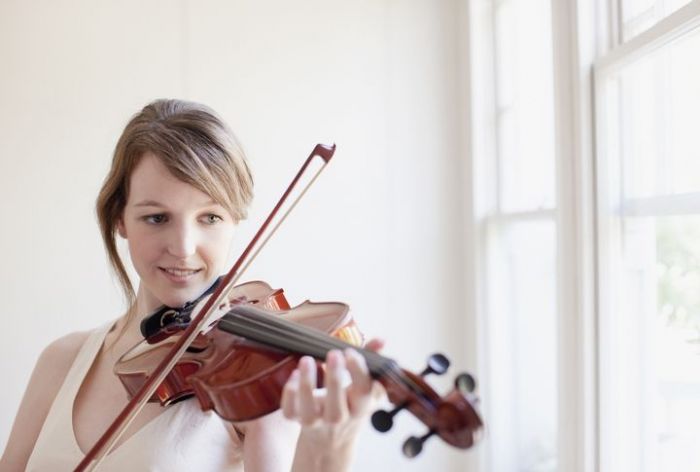 Stringed instruments have been a vital part of music since the beginning of time. This may come as a surprise but the violin has been around since the 16th century. Now isn’t that amazing? As time when on, there have been some noticeable changes that have been made to this instrument. But don’t worry these changes haven’t altered the violin but have actually made it better and better. Although it looks small and really simple, there are actually 20 different parts to a violin. That’s right, so you can only imagine the skill it takes to not only play this instrument but learn how to play this instrument. When you first look at the violin you will notice that it only consists of 4 strings.

These strings are E, A, D, and G. All the strings rest on a fingerboard which players use to produce other notes. You see there aren’t just four notes with this instrument. The next thing you will notice is the chinrest. This is where the violin plays literally rest their chins while playing. Now an important part of the violin is the bow. The bow allows players to produce the majestic sounds we love to hear. Many high-quality bows are made of horsehair and wood. The bow is actually made up of four different parts. You see although it may look simple, the violin is actually quite complicated which makes it so majestic.