The Death of Antonio Inoki
By Penelope Trent - October 1, 2022

Antonio Inoki, a well-known Japanese professional wrestler and legislator who competed against Muhammad Ali, the world boxing champion, in a mixed martial arts battle in 1976, has passed away at the age of 79. Inoki established mixed martial arts competitions amongst top wrestlers and champions from other combat sports including judo, karate, and boxing. He also popularized Japanese professional wrestling. In his sport, he was also the first to pursue politics. In an effort to foster friendship and peace, he traveled to North Korea more than 30 times while serving as a congressman and advocated peace via sports. 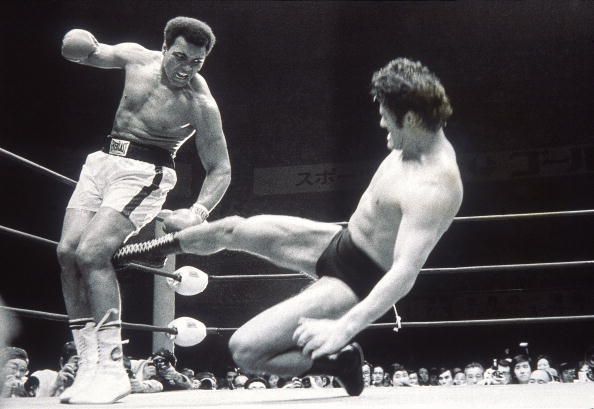 According to the New Japan Pro-Wrestling Co., which he founded, Inoki passed away early on Saturday. He was battling a rare condition called amyloidosis. Even though Inoki was battling the illness, he was optimistic and in a good mood. Inoki made his professional wrestling debut in 1960, and two years later, he adopted the ring name Antonio Inoki. Inoki established professional wrestling as a tremendously popular sport in Japan along with his competitor and fellow Japanese great, the late Shohei “Giant” Baba. The New Japan Pro-Wrestling was established in 1972 by Inoki.

When he competed against Ali in a mixed martial arts battle at Tokyo’s Budokan venue in 1976, spectators dubbed the contest “the fight of the century,” launching him to international renown in the sport. After securing a seat in the upper house, one of Japan’s two chambers of parliament, Inoki entered politics in 1989 and served as the leader of the Sports and Peace Party. In 1990, he went to Iraq to secure the release of Japanese nationals who were being held as hostages. In North Korea, he also organized a professional wrestling bout. Inoki developed a personal relationship with North Korea over time and returned there frequently to assist Japan in resolving the long-standing issue of former kidnappings of Japanese people by the North. He was active in politics until 2019.