Ahh, yes, the Big Mac. Two beef patties, special sauce, lettuce, pickles cheese, onions, and sesame buns. That iconic and unbeatable McDonald’s hamburger we all know and love. Or hate. Whatever you may think of the double-pattied burger, there’s one thing that’s certain: the Big Mac is one of McDonald’s staples and most iconic dishes, and it has contributed in building McDonald’s legacy into what it is today. But what kind of secret, twisted history lies behind the enigmatic burger? Or is the story behind the Big Mac just your run-of-the-mill company brainstorm? 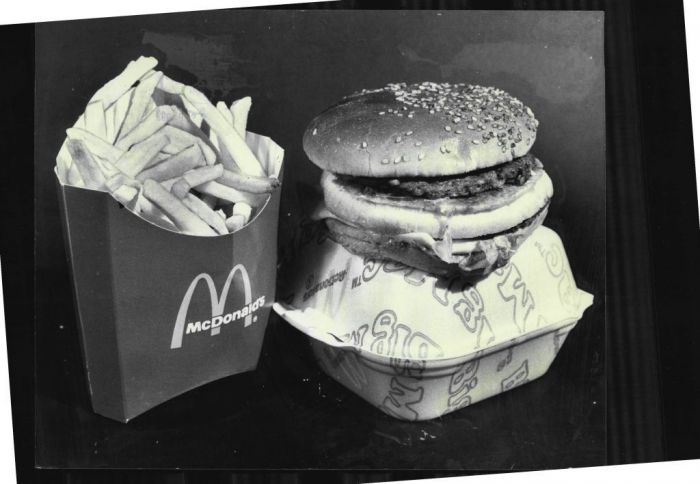 The Big Mac’s story begins all the way back in 1957 when war veteran and ex-drive-in-worker Michael James ‘Jim’ Delligatti opened the first McDonald’s restaurant in Uniontown, Pennsylvania. Delligatti noticed that his key customers, male workers from the nearby steel mills, would often frequent his restaurants after a hard shift. They all, however, complained that the small burgers Delligatti had to offer just weren’t cutting it for them. They were too tiny, too lacking in substance. Inspired by the whopping sandwiches sold at nearby diners, Delligatti came up with the idea of a double-decker burger. Surprisingly, the burger wasn’t a hit with McDonald’s upper management. They proved reluctant to stray from McDonald’s tried and true cheeseburgers, and, at first, even prevented Delligatti from selling his burger in his own stores.

But Delligatti insisted on promoting the burger and eventually got the green light by 1967. There was, however, one catch: the burger would have to be made with ingredients the chain was already using. Delligatti promptly ignored this condition and utilized a new bun covered in sesame seeds from a local bakery. He fine-tuned his recipe for a few weeks, developing the iconic Big Mac sauce, and began selling the burger. And while the burger proved to be a crowd-pleaser, what was controversial about it was the name: the Big Mac was originally called the Aristocrat. When that inevitably flopped, it was rebranded as the Blue Ribbon, before finally adopting the Big Mac name. Just one year after the Big Mac made its initial debut, it was made available all over the states.