Christopher Nolan never really stops with his iconic movies that are absolute blockbusters whenever released. This time Nolan is going into the historical side with the movie “Oppenheimer” based on the formation of the atomic bomb. Fans and critics were very eager when Nolan announced his next work and recently the poster went viral. Cillian Murphy will play the father of the atomic bomb, J. Robert Oppenheimer, in Christopher Nolan’s forthcoming biopic Oppenheimer, which Universal has released a first look image for. 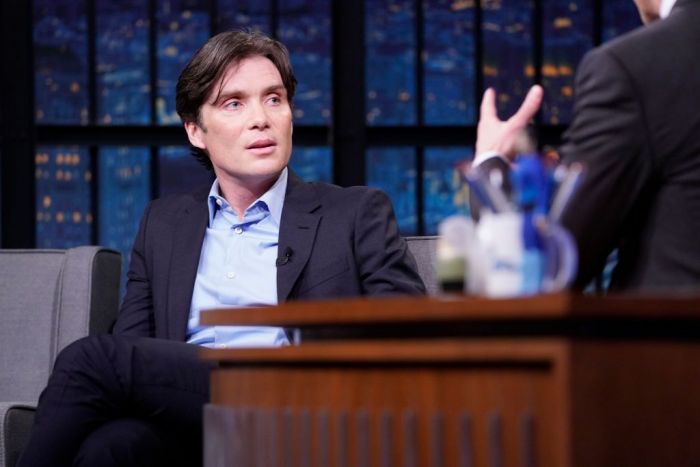 Production on the next movie, which is based on Kair Bird and Martin J. Sherwin’s Pulitzer Prize-winning book American Prometheus: The Triumph and Tragedy of J. Robert Oppenheimer, started in New Mexico. Although the plot has not yet been revealed, the movie will follow the life of Oppenheimer, a scientist who was crucial to the Manhattan Project. According to reports, “Oppenheimer” has a budget of about $100 million. It will be intriguing to see how much of “Oppenheimer” Nolan and DP Hoyte Van Hoytema will shoot in IMAX analog black and white. Robert Downey Jr., Matt Damon, Emily Blunt, Florence Pugh, Rami Malek, Benny Safdie, Josh Hartnett, Dane DeHaan, Jack Quaid, Matthew Modine, Michael Angarano, Kenneth Branagh, Alden Ehrenreich, and David Krumholtz are among the other actors in the cast in addition to Nolan.

Together with Emma Thomas and Charles Roven of Atlas Entertainment, Nolan is producing the movie. With the success of The Prestige and Inception, Christopher Nolan and Emma Thomas’ films have broken the boundaries of what cinematic narrative is capable of and critics and fans believe Oppenheimer will follow the same tradition. The 11th feature film that Nolan has written and directed is Oppenheimer. Universal is presenting the movie as “an epic thriller that thrusts spectators into the pulse-pounding conundrum of the enigmatic man who must risk destroying the planet in order to rescue it,”. The anticipation for Oppenheimer, which will make its theatrical debut on July 21, 2023, is already starting to build, and rightfully so.