The Science Behind Curly Hair
By Claire Miles - September 16, 2022

Under a microscope, a strand of curly hair will not vary biologically from a straight one in any way. How straight, curly, or coiled a particular strand of hair will be depends on the form of the follicle from which it emerges. Along with follicle form, hair curvature, wave, and straight growth are all influenced by the angle at which hair follicles enter the scalp. While wavy and curly hair follicles angle into the skin, enabling the hair to curve as it develops and finally form curls, straight hair follicles tunnel vertically into the scalp. 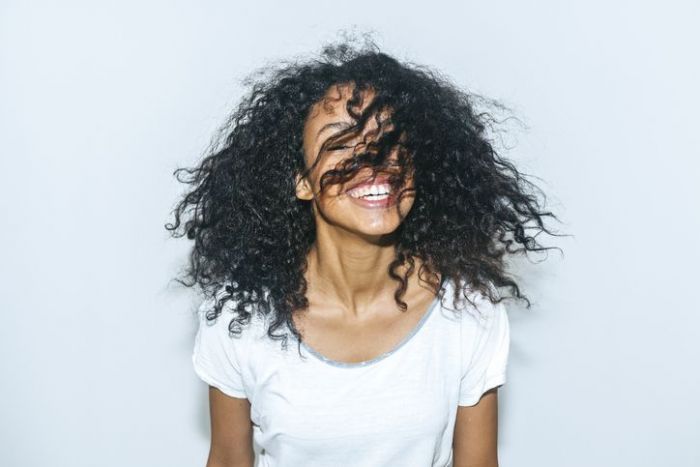 Another differentiating feature of hair is the structure of each strand, which is similarly influenced by the angle and form of the follicles. Human hair has structure thanks to keratin, which is delivered via the follicle. Keratin is uniformly distributed on each hair strand in a straight hair follicle, maintaining its straightness. However, in U- or C-shaped follicles that create curls and kinks, keratin accumulates more on one side of the hair strand than the other, reinforcing that spiral shape.

Curl patterns may progressively tighten or loosen with time. Curls can also be significantly impacted by injury, particularly heat damage. The structural integrity of your hair deteriorates the more you manage it. Despite the fact that heat styling has no effect on the hair follicle itself, once a curl has been harmed, it can only be repaired by cutting it off.

Considering the form of the hair fiber, curls are more sensitive than straight strands. The cuticle can be somewhat raised due to the spiral structure, making it more vulnerable to injury and more likely to lose moisture. As a result, curls typically lose moisture and become damaged far more rapidly than straight hair. All in all, curly hair, although look extremely trendy, are extremely difficult to maintain and take care of.