The Signing of Erling Haaland
By Alexandra Wade - June 1, 2022

Erling Braut Haaland was a name wanted by many top clubs in Europe for the past 2 years. Safe to say, Borussia Dortmund did lure him to Germany despite a certainly more tempting offer from Manchester United but the Norwegian had other future plans. The big Norwegian has scored 29 goals and provided 8 assists in 30 appearances in the entirety of the 2021-2022 season, all this while only being 21 years of age. 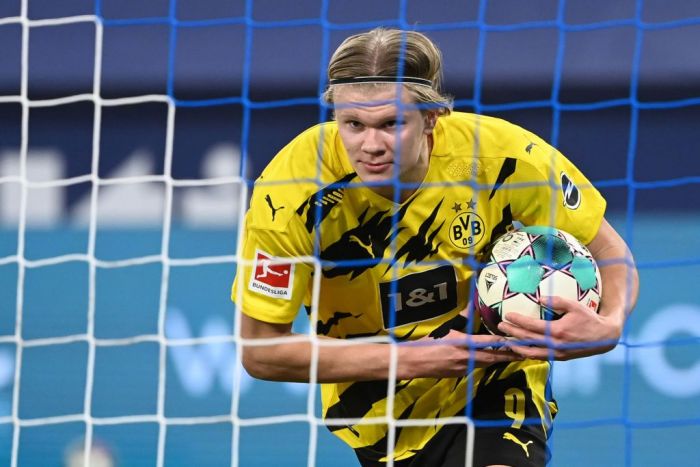 Pep Guardiola, who expects his attackers to be merciless and ‘hungry for goals,’ was impressed by his continuous goal-scoring efforts. Manchester City, with the departure of Sergio Aguero, was in desperate need of a central striker who could be the main target in front of the goal. Pep Guardiola and Manchester City scouts saw Erling Haaland as the ideal successor to the club’s all-time leading goalscorer. The race for Haaland’s signature was intense, with Real Madrid, Barcelona, Bayern Munich, and Manchester United all looking for a young new striker. Mino Raiola, Haaland’s agent, scoured Europe’s best clubs for the ideal proposal for his star client. In the end, the strong wheedling of Guardiola’s project and the ludicrous contract offered by City which enabled Haaland to earn over £375,000 ensnared him to accept the offer and become the main striker and the joint highest wage earner.

Manchester City paid around £51 million to Borussia Dortmund to secure the services of the Norwegian. The transfer of Erling Haaland came about as a shock to football fans who expected more drama in the summer but the Norwegian thought that it was time to take the next step. Haaland played his final game for Borussia Dortmund, which was an emotional farewell for him with the Yellow Wall chanting his name roaringly throughout the game. He is en route to play in what is considered to be the most challenging league in the world but with Pep Guardiola’s creative tactics and City’s super squad behind his back, the football world is in for a treat.