The Success of Snickers Advertisements
By Alexandra Wade - July 25, 2022

Snickers communicates its message effectively. It grabs this audience through the product itself, the slogan, and the advertisements that represent the product. The appeal to logic is that if you’re hungry and cranky, the appropriate thing to do is to grab something to eat, and there’s nothing better than a Snickers to cure that hunger. 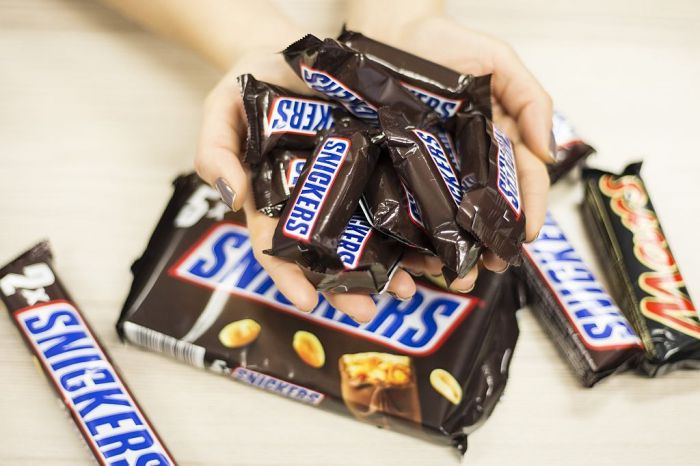 Snickers have always been positioned to be heartier than most candy bars, combining ingredients like chocolate, nougat, caramel, and protein powder of peanuts.
Snickers’s tagline “Snicker satisfies” emphasizes the bar’s stomach-filling properties
Originally pitched to young athletic males as a meal alternative. The target of the “You’re Not You When You’re Hungry” was to establish Snickers’ position as a solution for “hunger on the go” and hence to recover mass development through advancements that both men and women of all ages could relate to. They marketed themselves as not only fulfilling cravings but also a remedy for symptoms such as laziness. Promoted it on the basis of being a meal replacement. The “You’re Not You When You’re Hungry” campaign was designed to broaden the chocolate bar’s market appeal.

While Snickers has stuck to its original baseline positioning, this new campaign uses emotional appeal – hunger – to reach a broader market. Everyone can relate to how hunger can affect your mood regardless of age or gender or global cultural lines. Snicker was able to target the customers by using apt social media hashtags and keeping alive the engagement for them. What makes the campaign so powerful is that all of its pieces are fully integrated under the brand’s original positioning, “Snickers satisfies” as well as its new campaign, “You’re not you when you’re hungry”. The message strikes a core human emotion – hunger. No matter who you are, or where you’re from the message is clear and universal. Snickers deliver a clear and consistent brand message which is very compelling through its different campaigns and marketing strategies.